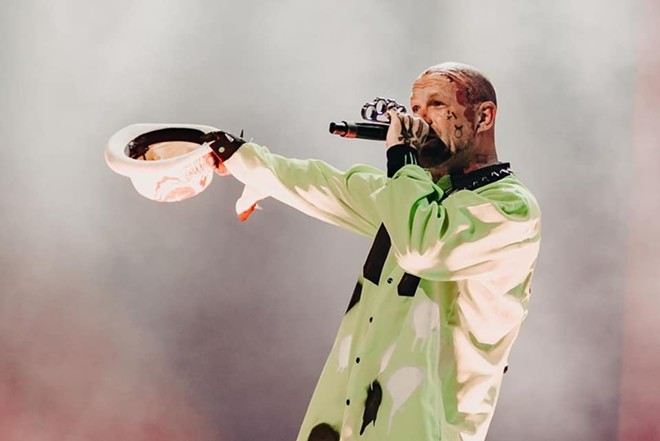 Who knows where he'll land on the decision, but in case the band behind “Wash It All Away” skips out on Tampa on its next full-fledged tour, your best bet is to go catch Five Finger Death Punch on Tuesday, Nov. 22 at Amalie Arena—with special guest Brantley Gilbert—before a potentially Moody-free FFDP returns to Tampa in the coming years.