From Tampa to Texas: These are the ACL festival goers who wouldn't let post-Vegas fear keep them down 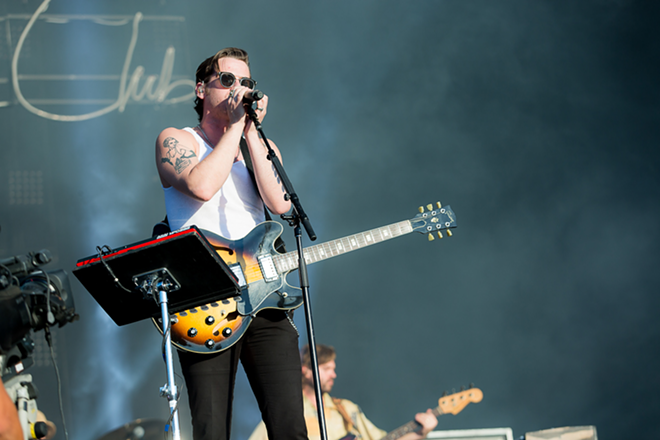 Tracy May
Foster the People plays weekend one of Austin City Limits at Zilker Park in Austin, Texas.

Shouts come from the crowd requesting their favorite song, the pinkish-orange sunset matches the Sacred Hearts Club fluorescent sign on stage all the while the front man of the band gives a speech about solidarity, political action and more specifically: peace. Everyone continues to chant “Pumped Up Kicks”! — referencing the popular Foster the People hit, famous for its catchy tune, distinct Mark Foster vocals and distinguished from other songs by its allusion to gun violence. The audience’s mantra becomes louder while Foster decides to go a different route, serenading the crowd with “Love” by John Lennon — setting the mood for the rest of the beautiful and harmonious music festival in Austin, Texas.

Just one weekend before ACL, 59 human beings lost their lives to a senseless act of violence terrorism in Las Vegas along with several hundred that were injured, whether that be mentally and/or physically. Some concert-goers of the Route 91 Festival lost their lives or their loved ones and the overall American spirit is crushed and in mourning.

ACL fully understood the concerns and anxieties of customers and took fast action to keep fest-goers safe and sound with increased TSA style security at entrances, large and illuminated emergency exit signs and the ACL crew even offered to give refunds to the folks that were second guessing their trip to Zilker Park after the shocking event. Who cares about Jay-Z and The Chili Peppers when there is even the slightest chance your life might be at risk?

Are we no longer entitled for good times because the anxiety of losing your life is created? Will Jason Aldean do a “One Love Manchester” type concert? Will concert security completely evolve into airport security?

After the Vegas catastrophe, it’s impractical to say music festivals are strictly “for enjoyment purposes” or just to “get away the sad realities of the cruel world.” Now more than ever music festivals are a direct response to evil and proof that even after something as devastating as a horrific mass shooting, we can overcome anything and come together for a much greater good. Mark Foster, draped in the rose colored sunset said it best “music can bring us together like nothing else can.”

See more photos from ACL here, and read reactions at the festival below.

"I personally go to musical festivals all the time. We all come together in unison to enjoy music and celebrate life. We shouldn't give in to this douche bag. Because that's exactly what terrorists want, to ruin everyday life for everyone"

"I felt the need to pack my insurance card [for ACL]. Some concerts that I go to, I even went to the Paramore concert last weekend... and you just never know. Especially after the Ariana Grande concert. But I spent money on my ticket and told myself that I was just going to keep living my life and not hide from these people"

"If you’re scared that’s how they win. We’re never going to live our lives in fear due to the actions of the weak and the cowardly. I’m just mad. It’s good that a lot of people are mad and it’s good to talk about it, but I actually wanted to do something about it. What encouraged me [to bring this sign and carry this flag] is that when I was thinking about coming [to ACL] a while ago, my mom sent me a text that said, “maybe you shouldn’t go to [ACL].” But I felt the complete opposite, I didn’t even have tickets actually until it all happened. I felt more inclined to get out there and live my life in spite of all of the evil as well as in favor of those who were impacted by the tragedy. I wanted to make a statement to restore the faith of the people who are scared to do the things they want to do because of actions like that. You’ve gotta keep living your life and I’m doing that right now by paying tribute to those that were impacted by [the shooting]."

"Memento Mori “remember you must die”, you can leave life whenever so why stop?"

"I'm never going to stop listening to music. It's what I enjoy doing. I could die in my car going to work. At least I'll die doing something I love"

"Music festivals are all about people coming together to dance and come together. If you let one guy scare you, then they win. And I'll never let them win."

"I'm wearing this hat for solidarity and support with Las Vegas. We're not afraid. We're still going to come out and do this no matter what." 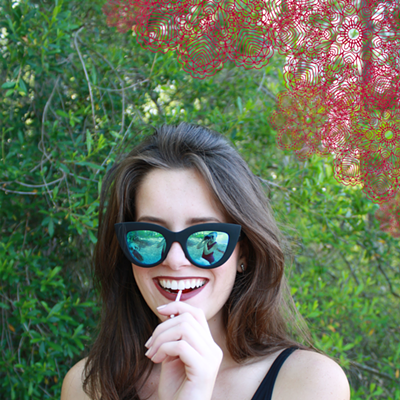