He was supposed to play this Friday. 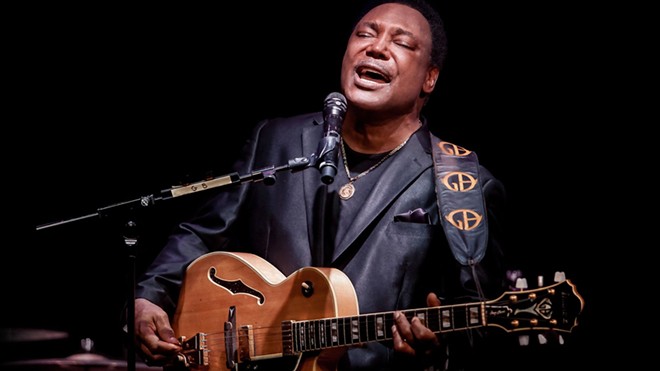 Photo via GeorgeBenson/Facebook
George Benson
George Benson has an 80th birthday coming up next spring, but was headed to Clearwater on Friday beforehand, but now fans are gonna have to wait.

On Monday, Ruth Eckerd Hall cited "unforeseen circumstances" in its announcement that Benson's show in Clearwater has been postponed to April 19, 2023.

The guitar aficionado still keeps himself relevant, though Tickets for the original date, May 27, will be honored.

$42.75 & up
In 2018—several decades after collaborating with the likes of Miles Davis and Stevie Wonder—Benson appeared on Gorillaz’ 2018 album, The Now Now, which introduced him to a new generation of listeners.

The show mark's Benson's return to Ruth Eckerd Hall for the first time in 13 years.