Giant turd Ted Nugent will perform in Clearwater next week

The NRA mouthpiece is at Ruth Eckerd Hall. 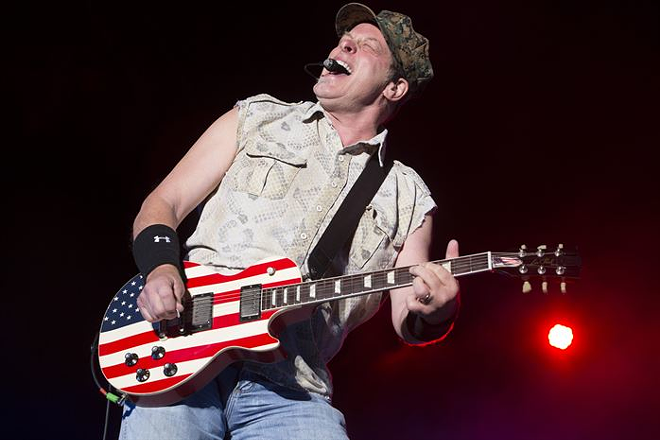 Parkland massacre truther, NRA mouthpiece, and right-wing nutjob Ted Nugent is taking his latest rally, er, tour on the road. The camouflaged asshole who once told “piece of shit” Barack Obama and “worthless bitch” Hillary Clinton to “suck” his “machine gun” during a concert is bringing his “The Music Made Me Do It Again! Tour” to Clearwater’s Ruth Eckerd Hall as part of a tour that comes just seven months after it was reported by several fake news websites that “the Nuge” would hold a “Build The Wall” benefit concert (you know, to raise money for President Trump’s controversial wall at the southern border).

If Nugent has taught us anything over the years, though, it’s that truth is stranger and far more fucked up than fiction (just watch a 2018 interview where Nugent sympathizes with Brett Kavanaugh, refers to Islam as “voodoo,” and claims to have zero regrets in referring to Senator Dianne Feinstein a “worthless whore”).