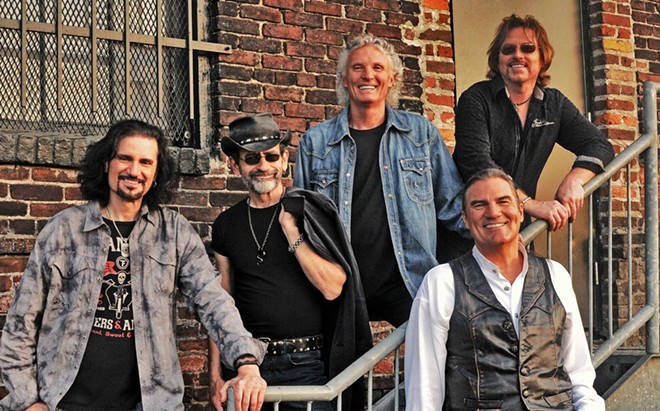 Before hitting the road with Kid Rock this year, Grand Funk Railroad—featuring two of the three original members—is taking Jefferson Starship on the road for a string of dates.

Having formed after Jefferson Airplane’s reign, but a few years before Mickey Thomas and “We Built This City” came into the picture, the middle child of a group had its name revived by the late Paul Kanter in the early 90s. The group opens for the group behind “We’re An American Band” at the Seminole Hard Rock Event Center this week.
Unfortunately, Grace Slick will not be present, and we still miss ex-frontman—and Tampa Bay resident—Marty Balin, who died in 2018. But at least David Freiberg, who was in Jefferson Airplane for a short time near the end, will be present on vocals.