Well, what we think the played. 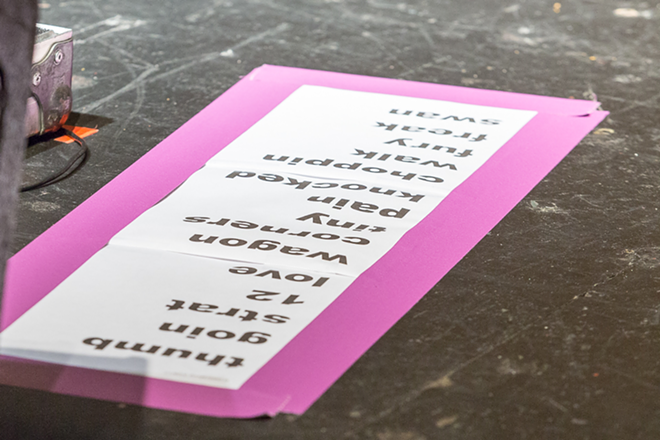 Tracy May
A setlist taped to the stage while Dinosaur Jr. played State Theatre in St. Petersburg, Florida on March 28, 2017.

If you believe that photograph, then Dinosaur Jr. ripped through 15 cuts for a sold out audience packed into the State Theatre in St. Petersburg, Florida where CL correspondent Riley Huff described the ultimate cool dad band pretty much shredding everyone’s ears and eyes a new one. Here’s part of what Huff saw and reported in his review:

With Mascis’ vocals frequently drowned out by a symphonic tidal wave of guitar distortion, one might get the sense that fans were here simply to watch the members play their instruments. That they want to see Barlow racing his fingers up and down the bass neck as he hides behind his blooming Kurt Vile mane, and gaze upon Mascis standing still plucking one of the four or five spruced-up guitars he’ll use during a show.

A setlist.fm post almost follows our photograph to a T, but we’ve compiled a Spotify playlist of songs J Mascis, Murph and Lou Barlow likely tore through so that everyone who slept on a ticket can pretend they were there.