"This is one of the most immoral and disgusting things that I have had to deal with.″ 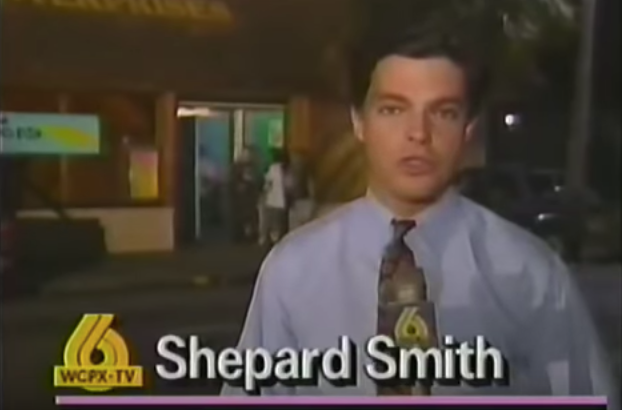 Back in November of 1991, the now deceased legendary punk rocker GG Allin was arrested in Orlando for pooping on stage at the Space Fish Cafe, and a very green former Fox News host Shepard Smith covered it as a local correspondent.

In a clip recently posted to Reddit, a young Smith reports for the now defunct WCPX, and can be seen interviewing the club’s owner and witnesses. “I would say, you never really know when GG Allin performs,” said club owner Mike Brown, who also added everyone in the crowd thought it was funny when Allin not only crapped into his hands, but ate it and threw it into the crowd.

The clip is not only a remarkable time capsule of early ‘90s Orlando nostalgia, it’s also wild to see the humble origins of Smith, who just abruptly departed from Fox News.


Of course, Allin later missed his court date, and the state attempted to suspend the club owner's liquor license, reports the Orlando Sentinel.  "This is one of the most immoral and disgusting things that I have had to deal with,″ said then Orlando Police Sgt. Bill Mulloy to the Associated Press.

Stay up to date with Tampa Bay news, views, culture, food and fun — subscribe to our newsletters.