The anniversary finale is on Sunday. 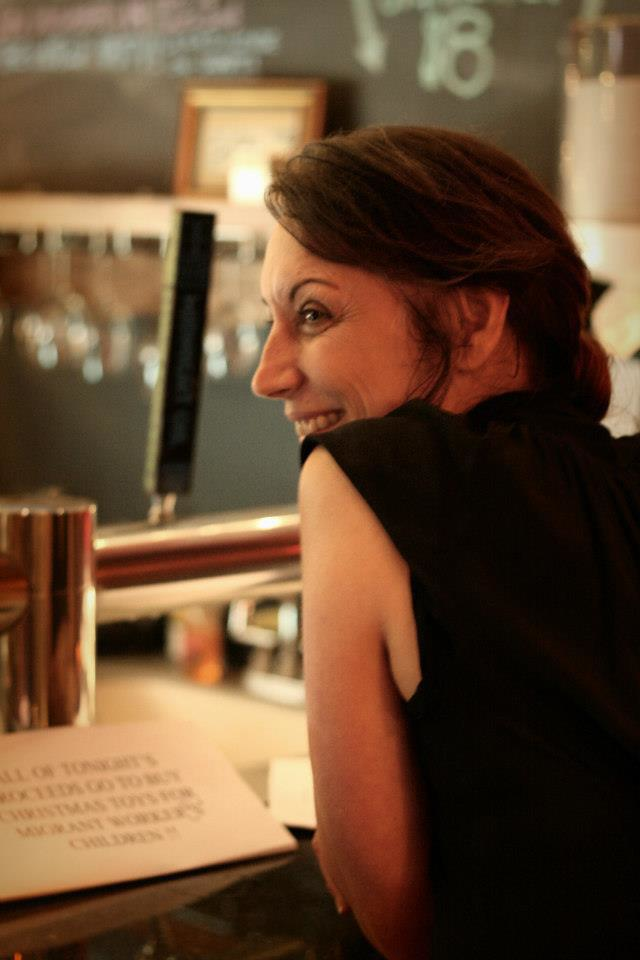 On Sunday, the Independent Bar & Café in Seminole Heights ties the bow on a weeklong 10-year anniversary celebration, but the origins of the beloved watering hole and restaurant can be traced back to three very different places: Munich, New York and a rural Tennessee town that you’ve probably never heard of.

“I’m from the Tri-Cities area, which is Kingsport-Bristol-Johnson City — and I grew up in a small town called Church Hill,” owner Veronica Danko, told CL.

Church Hill is about 279 miles from Louisville (the home of Churchill Downs); it's in Hawkins County, where the 2010 U.S. Census counted just under 7,000 among its residents. Church Hill is where Danko’s grandpa would have her shuttle him to other peoples’ houses for get-togethers. At those parties, a very specific sound was traveling through the air.

“There would always be a stage in the back and people jamming,” Danko explained. “And it was bluegrass, so I grew up on that, and I was influenced by that for a long time.”

Danko’s journey eventually brought her to the University of Tennessee, Florida State University and Stetson Law School. There was a pit stop in Atlanta, but it was her time living in Munich that probably planted the seed which eventually germinated into the pioneering Euro beer hall that’s been a neighborhood favorite for a decade.

“I experienced Belgian, Czech and other European beer cultures during that time and grew to love those styles of beer,” Danko said. In 2005, when she opened the original Independent Bar in St. Petersburg, there weren’t a lot of microbrews to pick from. That changed quickly, and now those national and international beers spill out of Indie taps that are right next to ones pouring some of Tampa Bay’s best brews.

“I am proud to support my local brewery friends who are kicking ass and making delicious beer,” she added.

But beermakers aren’t the only creatives the Independent makes room for. A Sunday jam at the St. Petersburg Independent is one of the best in the Bay Area jazz scene, and the Tampa Independent’s First Saturday Jazz jam has hosted some of Tampa Bay’s all-time greats since the event was founded in 2010. Danko said that First Saturday Jazz, one of the longest-running jazz events in the area, started as her way of bringing some jazz for herself after frequenting jazz clubs in New York. The Big Apple is where Danko landed after Germany. Her brother lived there, and it was an easy transition since he could introduce her to friends. But on one Sunday, Danko and her brother stumbled upon iconic underground New York City punk club Coney Island High.

“On Sundays around noon, there’d be a bunch of people there playing bluegrass. Some of them were in punk bands, but they’d just come and play the banjo, maybe some Hank Williams,” Danko said, adding that the jam was called “Sunday School for Sinners.” Sometimes there’d be a baby, just chilling in a playpen, right in front of the musicians.

“I was from Tennessee, and I didn’t realize that people from up north played bluegrass, too. I just thought that was really great, so I said, ‘I want to use that some time.'”

She has, and while it wasn’t the plan, the Independent in Tampa has undoubtedly become an essential space for showcasing live, original music.

“I’ll be honest with you, I don’t consider us a music venue. We do have our Sunday evenings and our jazz, so we are in that way, but not in the way of a Crowbar or a New World Brewery at all — we never intended to be,” Danko said, adding that bands needed gigs on off days and her space was available. “I just feel like it was a perfect storm.”

That storm has created a place where locals and visitors can stumble upon a traveling, pre-WWI American music group one week and then show up the next day to catch an indie-rock band just a few months before it plays Lollapalooza or makes its late-night television debut.

“The band could be playing really old songs from the late 1800s or early-1900s, but everybody in the band is in their 20s. Or maybe it’s a band with an award-winning fiddle player, like the Stillhouse Shakers,” Shawn Kyle told CL. Kyle, a musician and web developer who’s played in at least a handful of Tampa Bay’s more important rock bands, helps book music at the Independent.

“Or maybe it’s a band like Roadkill Ghost Choir, which played Independent just before they were on ‘Letterman,’” Kyle said.

And the journey hasn’t been without its challenges. There’ve been hurricanes. In early 2015, the place was robbed after hours. Months later, a woman’s Honda Accord drove off the road and into the patio, sending another woman to the hospital with non-life threatening injuries. Then there was a string of 2017 murders that rocked Seminole Heights. Through it all, patron support never wavered; in fact, folks flocked to the Independent to help. Indie regulars did it because they have a love for their neighborhood.

That love for good beer and community was always there for Danko, too, from the back porches of Church Hill, Kentucky to the quaint concrete flat off Florida Avenue.

“I practiced law for 17 years, and I didn’t really ever have a real passion for that,” Danko said. If you’re going to spend all your time at work, you should love it. Danko does. She loves her staff, and she loves all the little things that make up the minutiae of her day.

“Even picking up trash in the parking lot… you do it with love,” she said. “I’m really, really happy.”

She’s even excited about the future. Last weekend, what seemed like the entire neighborhood came out to see local musicians, many of them teenagers, jam with Kyle and other Bay area Americana totems like Will Quinlan and Scott Levan Miller.

Danko said that Indie is going to stage a similar event twice a year.

“The future of Tampa Bay music looks good based on the young talent,” Danko said. Tampa is a long way from Church Hill, Tennessee but the influence of the backyard party is alive and well.