Tickets to see the band at Jannus Live go on sale Feb. 25. 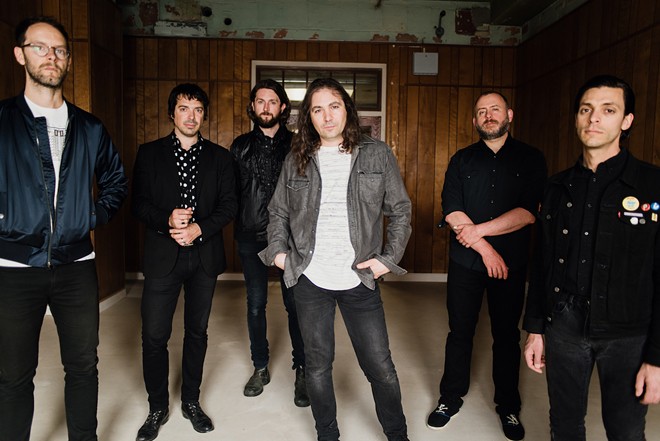 Photo by Shawn Brackbill
The War On Drugs
After playing The Ritz in 2015, Philadelphia-based indie-rock favorite The War On Drugs is finally coming back to Tampa Bay this fall.

Tickets to see The War On Drugs at Jannus Live in St. Petersburg, Florida on Wednesday, Oct. 5 go on sale to the general public Friday, Feb. 25 at 10 a.m. EDT. A Daddy Kool presale happens from 10 a.m.-10 p.m. (PW:KOOL) on Thursday, Feb. 24. Tickets start at $45.50, and the St. Pete show is one of four Florida stops for the band, which is also headed to Ft. Lauderdale (Oct. 3), Orlando (Oct. 4) and St. Augustine (Oct. 6).
The announcement finds War On Drugs frontman and principal Adam Ganducier in the midst of a high point for the heartland-rock band after the release of its critically-acclaimed 2021 album, I Don't Live Here Anymore, and a Grammy-winning 2017 effort, A Deeper Understanding.