She makes music and art that embraces life's duality and her own dueling personas. 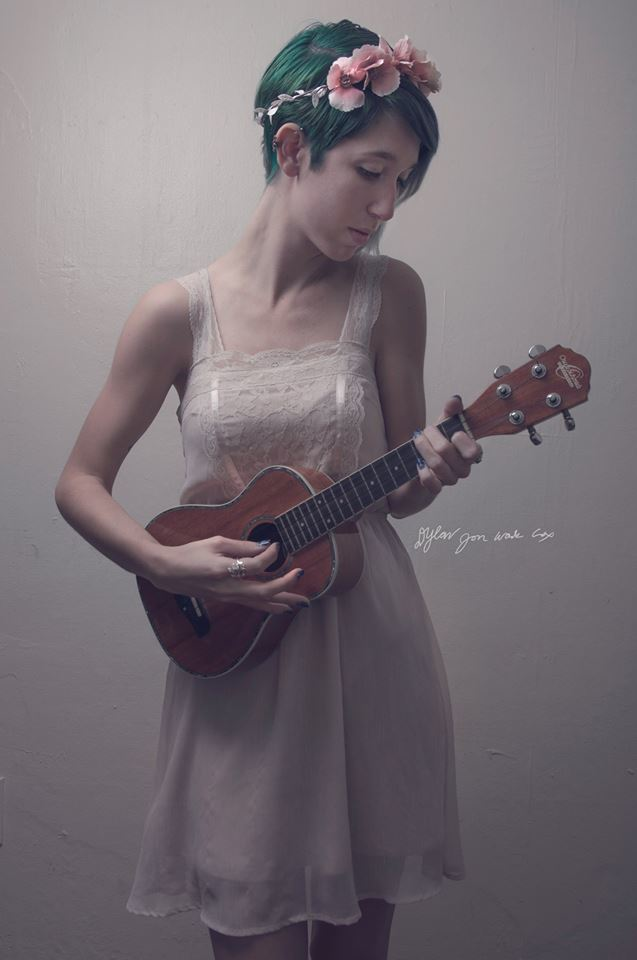 A girl walks into the store where I work. She comes in, buys something, says she’s a musician and that I should check out her stuff. She writes her name down on a napkin, gives it to me and leaves.

Sounds like a head-scratching anti-joke, but it’s actually how I met Sarasota singer-songwriter Lesa Silvermore.

About two weeks later, we meet again at a small coffee shop in downtown St. Pete. She’s about to head out on The "Never Come Back" East Coast Tour with her friend and fellow musician Sam Robertson. The tour’s kickoff party is only two days away. Fittingly, it takes place at Growler’s Pub in Sarasota, where the predominantly acoustic musician has spent the past few years performing, working as a barback and hosting open mics.

Before Silvermore treks up and down the east coast on this “glorified road trip,” I’m able to chat with her over a couple of caffeinated hot drinks.

Finish this sentence for me. Lesa Silvermore is a _____.

Hmm. Lesa Silvermore is a “jack-of-all-arts.” I try to do everything. I’m not perfect at one thing. I’m, like, [just] good at several things.

So how did you get started down this path?

Well, I’ve been a writer since I really could start writing. I mean, in elementary school, I would write short stories. Then in middle school I started writing poetry. When I was in creative writing class and poetry, I started writing lyrics. And then I met some girls in creative writing, and they were like, “We should form a band.” So we started this girl band, like, early eighth grade, ninth grade.

What was the name?

No one will judge you.

It was called Against November. We were so angsty.

Who knows why we were “against November”? We were just really against it. We had to be against something, you know, and the girl who was singing, she would sing my lyrics...and then she didn’t want to be in the band anymore. So we were like, “Oh crap. What do we do?” [The other bandmates] were like, “Well, Lesa, you write the lyrics, you might as well sing”...I was extremely shy. I hid behind. my hair 24/7. It was like Debbie from “The Wild Thornberrys,” where it was just [covering] the eye.

And somehow they talked me into it. I ended up becoming this lead singer even though I didn’t really want to be. After high school, I joined a [pop-punk] band, [but] I felt a little bit trapped with electric [guitar], like I had to be a certain genre. [Now] with acoustic, everyone's like, “Oh you’re the singer-songwriter.” But that can mean so much!

The Sarasota music scene is interesting. I think it comes in waves. Right now, I think we’re coming back. It kinda went away for a little bit, which happens. I think that’s normal to have cycles. I’ve always been trying to make it [have] more of a community feel, and that’s what I try to do with the open mic, because I want everyone to be given a chance. Because I know how hard it is. I was nervous for so many years. I was shaking to get onstage, and to talk to other musicians was terrifying for me. And now I always try to make it where if we need something, we can go to another musician and be like, “Hey, we don’t have a lead guitarist anymore. You wanna hop on and play a couple songs?” And they’re like, “Yeah man!” And I think it’s becoming more and more that sort of thing.


I know you've made your own music videos for songs like “Grim” and “Dream Sequence.” So what’s your experience with film?

I kinda fell into it I got into film class and directed my first short, which I never thought would happen. I just fell in love and now I’ve directed five shorts. I’ve edited all of them, written them too. I like kinda dark stories. I like keeping people on their toes. If I’m being honest, I like it when people feel a little uncomfortable in the end.

What I like to do a lot is have a main character who is super-flawed, and I think it makes people reflect on themselves. If I were a Jedi, I’d be the gray Jedi. Because I think that’s life. I think sometimes we do good things, but then we also mess up and do bad things. But that’s the thing is, we need to own both. And that’s what I like to do with my films.

So it’s about confronting duality, like a yin-yang type of situation?

Yeah, I’m obsessed with that sort of stuff. Definitely a play on duality.

What makes for a good song?

A catchy melody. Yup, if you got that melody that people, even if they don’t know the lyrics, if they’re walking away humming it, they’re going to look you up.

Get more information on Lesa's upcoming show at New World Brewery via local.cltampa.com. Call your local record store to see if they have Doppelganger in stock. Listen to "L.H.A.G.N. from the album below.