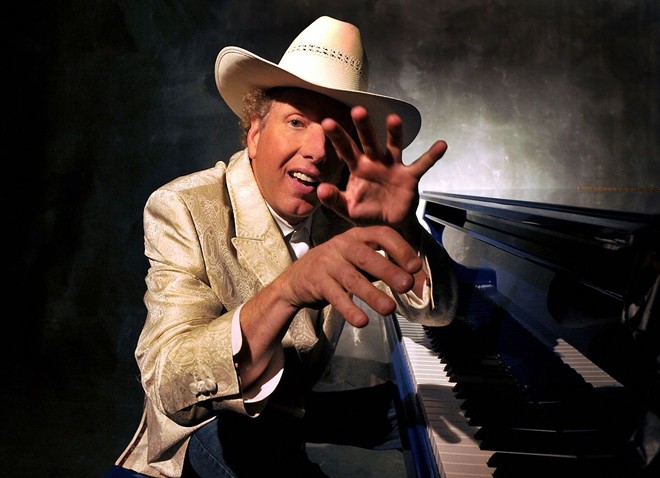 Photo via rockinjasondwilliams/Facebook
Jason D. Williams
No matter what you think of the resemblance, Jason D. Williams is not Jerry Lee Lewis’ illegitimate son—and you can see for yourself when he plays Tampa's Skipper's Smokehouse on Saturday.

Though he was adopted, and the Killer did have kind of a questionable lifestyle, Williams, a 63-year-old piano showman, is good friends with Jerry Lee, even having appeared in his biopic, “Great Balls Of Fire.”
Williams brings his fiery showmanship to the Skipperdome his first appearance there since 2019. If piano-based rockabilly isn’t your bag, another piano beast, Billy Joel, is playing at Orlando’s Camping World Stadium on the same night. What are ya gonna do?