No one should be surprised that Schaffer participated in the insurrection.

Yesterday’s riot at the U.S. Capitol building was a lot of things (a dark day in American history, embarrassing, scary), but it also shone light on Florida legislators who seemed to have no problem with the role they played in egging on insurrectionists who might end up spending years in jail if Trump doesn’t pardon them first.

The melee and threat to democracy which left four people dead also exposed shithead musicians, and while artists like Ariel Pink and John Maus didn’t storm the Capitol, several reports say that a Tampa metal icon—Iced Earth’s Jon Schaffer—was photographed by the Associated Press as part of the mob committing terrorism on the Capitol.

But as Kerrang! points out, no one should be surprised that Schaffer—who recorded many times at the now-shuttered Temple Terrace location of revered Tampa music studio Morrisound (since relocated)—went to D.C. and ended up at what some are calling a “coup” attempt.

Last November, a German newspaper even interviewed Schaffer on the ground at a pro-Trump rally in D.C. Blabbermouth pointed out that a month before, Schaffer went on Facebook Live and said, in part, “These people lie all the fucking time; it's what they do. They're feckless traitors. That's what Congress is. They deceive all of us. I don't care if it's Parliament or whatever system you have — it's a joke. They're criminals, and they're owned by criminal bankers, and that's just the reality of it.” 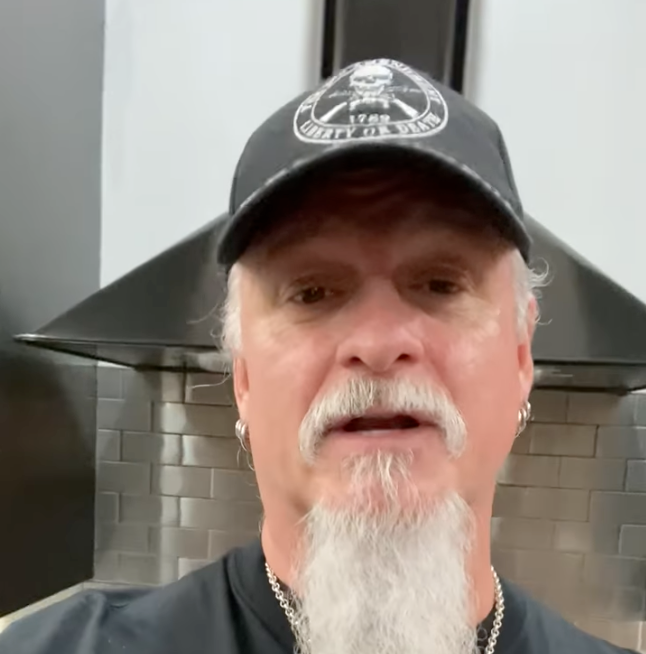 And as Orlando Weekly's Matthew Moyer points out, we all should've known when the band put out a civil war concept album, The Glorious Burden, in 2004.

Charles “Chaz” Najjar, says signs that Schaffer would end up at a pro-Trump event like Wednesday’s insurrection were there all along, too.

In a phone call, Najjar, 43, told Creative Loafing Tampa Bay that he was an assistant engineer during mixdown sessions for The Glorious Burden at Morrisound. Najjar, who now owns Badlands Recording in Colorado, said that the last week-long mixdown happened in summer 2003 after vocals from former Iced Earth singer Matt Barlow—who left the band and eventually became a police corporal in Georgetown, Delaware—weren’t good enough.

Najjar told CL that he tried to be as innocuous as possible during the mixdown sessions.

“That’s what assistants do, you set stuff up and you get out of the way,” he explained. But Najjar alleges that during the mixdown sessions, Schaffer started using the N-word incessantly in the studio.

“I perked up, and I'm thinking at first. ‘How does he know that I don't have a Black wife?’ Like, ‘What’s going on here? Is this some kind of inside joke?’,” Najjar said. “Why does this guy feel comfortable saying all this stuff around an assistant engineer who he doesn't know from Adam? He hasn’t known me for over an hour.”

Najjar alleges that Schaffer told him a story about a time in the early-to-mid-’90s when when another former Iced Earth vocalist John Greely took band members to a KKK cross burning.

“Like literally hoods and a big cross. And [Schaffer] said there were FBI agents lined up around the perimeter taking pictures of the attendees, taking pictures of the license plates of the vehicles people were in,” Najjar said. “Jon said it kind of freaked him out, but at the same time, why wouldn’t he just turn around and leave?”

Najjar told CL he wants to be clear “that I never heard Jim Morris, say or utter any racist words or slurs or tendencies or anything like that,” but he does wish the studio would take a stand and say something rebuking Schaffer and what happened in Washington D.C.

"The reason I think Morrisound should speak out is that they’re close friends with Jon—he’s not just a random client," Najjar added.

“Three days ago, this would’ve been a non-story, like ‘Oh, [Schaffer’s] a racist,” Najjar said. “But over the last few months he's done interviews saying he was ready to do this. Now he’s a wanted felon by the FBI with his picture plastered everywhere. In this kind of environment, after what happened yesterday, I can’t imagine anything more disgusting.”

In an email sent to CL on Friday, Jan. 8, Tom Morris, brother of Jim who worked on the Glorious End sessions, wrote, "Since we started our studio in 1981 we’ve had the good fortune to work with literally hundreds of artists of all political persuasions and backgrounds. We have developed lasting friendships with many of them regardless of differences in ideology. We don’t work with artists because we share political or religious views, but because we share a of love music."

"That being said," Tom added, "with regard to events at the U.S. Capitol, violence is never the answer."

UPDATED: 01/08/20 1:55 p.m. Updated to include comments from Charles "Chaz" Najjar who alleges that Schaffer used racial slurs and told him stories about past Iced Earth singer John Greely taking band members to a KKK cross burning, and comment from Tom Morris.