On brand for the guy who wrote a Civil War concept album. 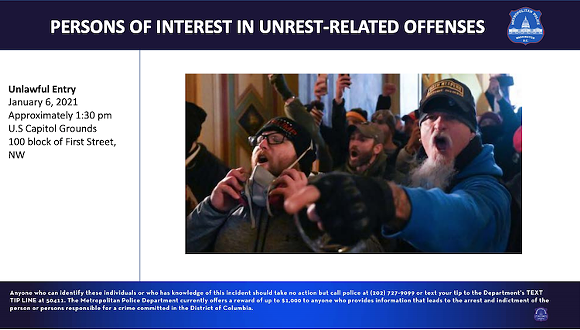 Jon Schaffer, frontman of Tampa metal band Iced Earth, has made history as the first defendant to plead guilty to federal charges earned during the Jan. 6 insurrection.

The Associated Press says Schaffer—responsible for the subject matter on Iced Earth’s 2004 Civil War-themed album The Glorious Burden—has also agreed to cooperate with federal investigators in hopes of a lighter sentence. The Justice Department is even considering placing Schaffer in the witness protection program.

Schaffer—a self-proclaimed Oath Keeper who stormed the Capitol in the wake of Donald Trump’s lies about a stolen election—is also accused of spraying police officers with bear spray. Reports say he pleaded guilty to two charges—obstruction of an official proceeding, and entering and remaining in a restricted building with a dangerous or deadly weapon.

Two members of Iced Earth have quit the band since Schaffer was identified as a participant in an insurrection attempt that left at least five people—including one officer—dead..