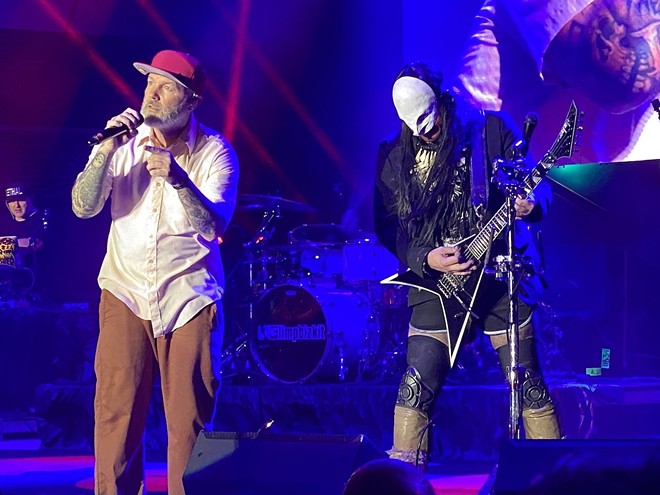 ECarterSterling, CC BY-SA 2.0 via Wikimedia Commons
Limp Bizkit
If you're still looking for something to break after Woodstock '99, then here's a show for you.

Tickets to see Limp Bizkit play the Hard Rock Events Center at Tampa's Seminole Hard Rock Hotel & Casino on April 28 are on sale now and start at $75. The show is the kickoff for the band's month-long "Still Sucks" tour, and the only other Florida show is on April 30 in Hollywood.
The outfit still features all its original members, including guitarist Wes Borland, bassist Sam Rivers, drummer John Otto and backwards-cap-wearing frontman Fred Durst who was recently thrust back into the spotlight thanks to a documentary about the ill-fated Woodstock '99 festival where the 51-year-old is shown more or less inciting a whole mess of destruction on festival grounds.