Headliners at Tampa's Blended Festival, set for Nov. 19-20, included The Chainsmokers and Nelly. 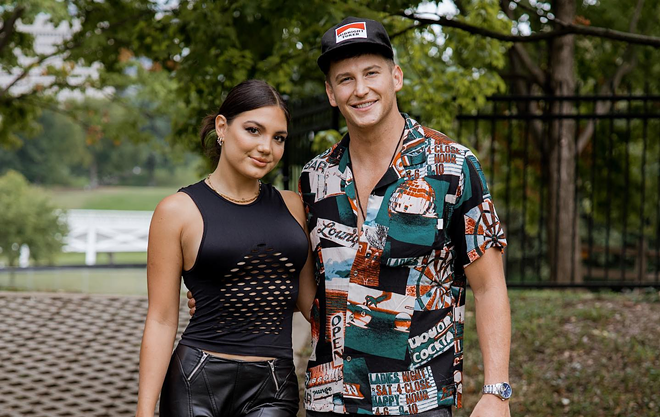 Photo via blendedfest/Facebook
Attendees at the Nashville edition of 'Blended,' which happed at Bicentennial Capitol Mall State Park in September.
Tampa's Blended Festival had ambitious plans for a two-day music and wine festival this weekend in downtown's Perry Harvey Sr. Park, but those plans apparently won't see the light of day.

"Morally, we cannot continue to stand by, and leave ticket holders in the dark," a Nov. 2 post on Blended social media says. The post adds that Blended Festival has been dissolved and that its founder, Sean Evans, CEO of Blended parent company My Wine Society has been absent since Oct. 1.

Headliners at Tampa's Blended Festival , set for Nov. 19-20, included The Chainsmokers and Nelly.

Stereogum noted that the Nashville edition of Blended did go down at Bicentennial Capitol Mall State Park, but that Blended parties in Austin, San Diego and Tampa are indefinitely postponed.

The social post added that the team behind Blended, which was actively courting influencers to help promote the party, is actively pursuing action against Evans and suggested anyone who's owed money or a refund "do the same."

Page Six, which could not reach Evans for comment alleged that Evans is "accused of 'racking up over $6 million in unpaid debt from the festival.'”