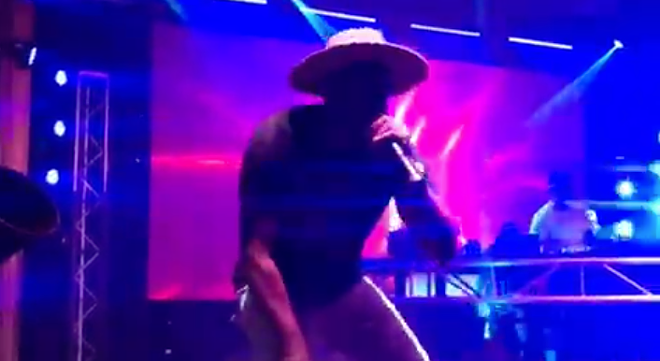 A throwback concert implies that the performer, and audience, are a bit older. Thursday night in Tampa saw Mystikal, and his fans, remember that they aren’t getting any younger.

Video from the performance shows the New Orleans rapper headlining a throwback Thursday concert at The Ritz Ybor and falling offstage after appearing to tweak the fuck out of his knee. The 47-year-old found his way back onstage relatively quickly and continued to perform in obvious pain before eventually being helped offstage.

RELATED: Photos of Mystikal before and after he was injured at Tampa concert

Rob Shaw, a representative for the rapper, responded to CL’s inquiry about the status of the injury and Mystikal’s upcoming tour dates by saying that, “Mystikal is good” and that, “Yes he will be doing the other dates… no other comments.”

We’ll let you know if we hear more on the actual injury. See more in this Instagram story.

Dawg 🤣🤣🤣 RT @JROD813: Naw but for real it looks like Tampa showed up for Mystikal...and he kept the show moving even after he almost died 😂 pic.twitter.com/tnY9FD5iXl