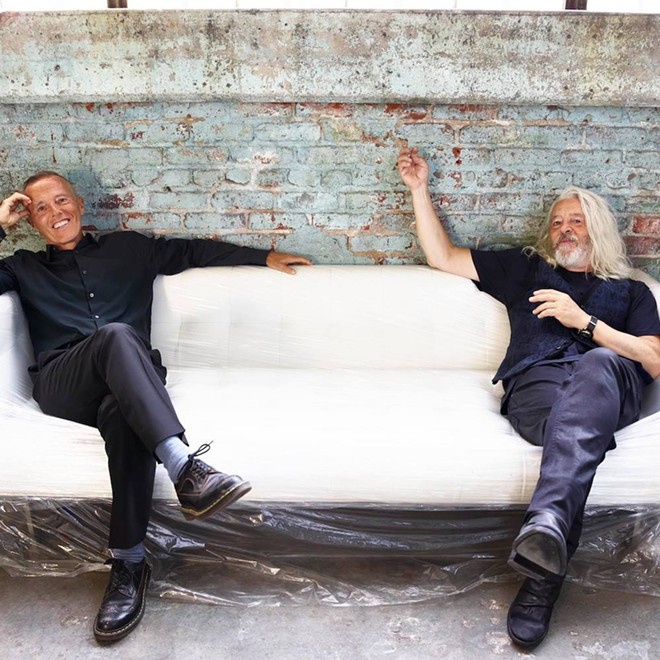 tearsforfears/Facebook
Tears For Fears plays MidFlorida Credit Union Amphitheatre in Tampa, Florida on June 10, 2022.
During the 1980s, the iconic new wave duo Tears for Fears was renowned for U.S. and international Top 40 hits like “Mad World,” “Everybody Wants to Rule the World,” “Shout,” “Head over Heels” and “Mother’s Talk.”

Now in its 40th year of recording and touring, Tears for Fears—guitar-keyboards-vocalist Roland Orzabal and singer-songwriter-bassist Curt Smith – is back on the road backing the band’s first album in 17 years, The Tipping Point.

Tickets to see Tears For Fears at MidFlorida Credit Union Amphitheatre in Tampa, Florida on Friday, June 10 are on sale now and start at $22

American alt-rock act Garbage, (“Stupid Girl,” “Only Happy When It Rains”)—which released its latest album No Gods No Masters in June—will open the show.

Tears For Fears—formed in Bath, England in 1981—has sold more than 30 million albums worldwide, and Tipping Point will be released Feb. 25. It will consist of the “song cycle reflecting many of the personal and professional tipping points (Orzabal and Smith) and the world have faced throughout the last several years,” according to Tears for Fears management.

“We couldn’t be more excited to start playing concerts again. We’ve missed seeing our friends on the road around the world and the energy of performing live,” said Smith in a written statement. “The Tipping Point has been a long time in the making and we are looking forward to playing our favorites from the new album as well as our classics from throughout the years.”

Kicking off in Cincinnati, Ohio, May 20, the tour sees the band performing in more than 20 cities across North America before ending with a show in Wantagh, New York, June 25. The only other Florida date is on June 9 and iThink Financial Amphitheatre in West Palm Beach, Florida.


Support local journalism and a small but mighty team works tirelessly to share music news, events and concert announcements as the Tampa Bay music scene recovers from coronavirus shutdowns. A one time or monthly donation supports our staff, and every little bit helps. Subscribe to our newsletter and follow @cl_tampabay on Twitter.