The homegrown talent is busy this weekend. 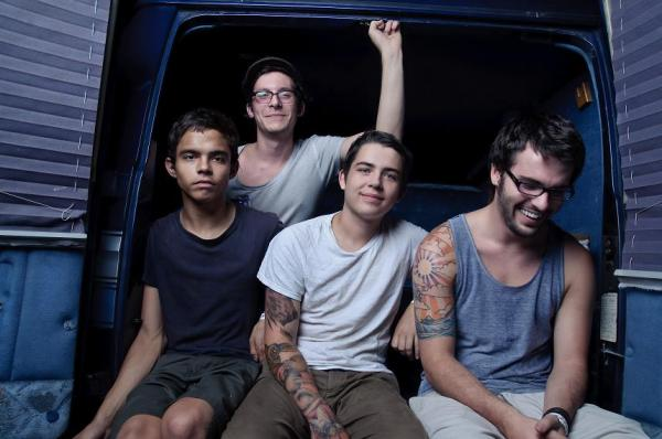 This week sees loads of great shows featuring bands from Tampa Bay, and we write about them in the local section of cltampa.com. You can get a rundown on the rest of the best of ‘em below.

Oceana In 2008, Oceana helped churn the stagnant posthardcore waters by releasing The Tide, a 42-minute, 12-track album that skipped tropes about being inspired by the ocean blue in lieu of downtempo, deeply textured orchestral pop that tasted best with headphones on and a beer (or joint) nearby. There are more frenetic elements on the record (“Escape the Flood”), but we expect the lot of the band’s fans to be in a gleefully subdued mood mood when the St. Petersburg outfit (and precursor to Polyenso) reunites to play The Tide in full. (Orpheum, Ybor City) eventbrite.com

The Inhalers EP release w/The Wrenchers St. Petersburg party punks The Inhalers are inviting everyone, even your dad, to this Friday-night EP release, and if any of the screaming-good, breakneck rock on a 2012 sampler is any indication, then you might want to make sure your old man doesn’t blow his back out thrashing around to what the quartet is offering this time around. The Wrenchers bring big surf-rock beats and riffs to the floor at this Central Avenue dive as the opening act on this one. (Emerald Bar, St. Petersburg) INFO

Florida Folk Scene Showcase w/Steve Isaac/Of The Moon/Mountain Holler There’s never a shortage of songwriter nights on Tampa Bay’s live music calendar, but it’s been nice to see Cage Brewing throw some weight behind its claim that it was going to do its part to pick up as much live music as it could after the closure of nearby local music stronghold Fubar. The Florida Folk Scene Showcase gets you exactly what you think it does, but knowing that Mark Etherington (who makes ethereal, cosmic meditations under the Mountain Holler moniker) will be there kind of makes it an easy pick if you’re looking for a laid-back Thursday night. (Cage Brewing, St. Petersburg) INFO

The Spears Reunion Show w/Prescribed Fire/Black Valley Moon It’s probably been a hard week for The Spears’ Chris Barrows (who lost, Dorsey Martin, a member of his other band, Pink Lincolns, last Thursday). The Bay area punk-scene lifer will likely channel everything he’s got going on, like he always does, into this set fronting The Spears, which is back onstage to release a new album alongside Prescribed Fire and a brand new surfcore band, Black Valley Moon, which is playing its first show ever. (The Bends, St. Petersburg) INFO

Vetnough w/Maudlin Moon/Cast Integral Maudlin Moon made its radio debut last month on WMNF’s Grand National Championships (GNC), but local music fans curious about the band have already been getting acquainted online. A new single, “Imminence,” is a synth- and bass-driven new wave cut that would feel really good when you find yourself at The Castle on a Saturday night and thinking about your eighth vodka. Recorded at The Lala Mansion (a literal Palma Ceia casita prima built by the founders of Outback Steakhouse) along with three other songs that got played on Maudlin Moon’s GNC session, the four-minute cut was engineered and mixed by Andrew Boullianne (who’s worked with a CL favorite, songwriter Leon Majcen) and mastered by Mike Picotte. Hear it live when the band — drummer Andrew Pellegrino, guitarist-singer Brianna Bullock, bassist and synth player Ariel Cortes — plays at this University of Tampa area venue. (Hooch and Hive, Tampa) INFO