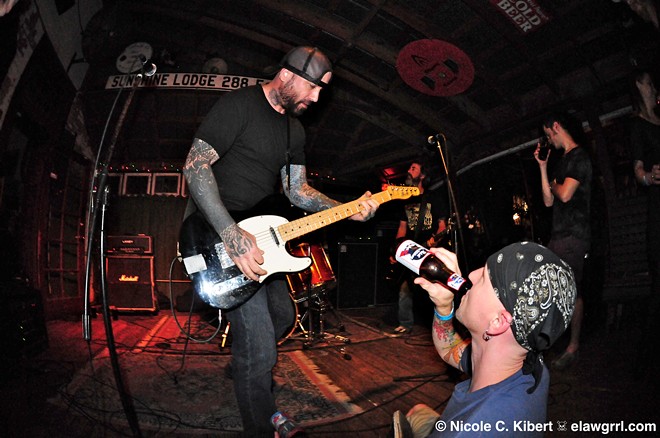 Photo by Nicole Kibert/elawgrrl.com
The Dukes of Hillsborough play New World Brewery in Ybor City, Florida on July 16, 2011.
If there was an award for best reunion show no one asked for, this gig would win it.

Find out why when The Dukes of Hillsborough come together for a free concert at Hooch and Hive in Tampa on Saturday, Sept. 24.

The Dukes have been telling time by their vices since for about 20 years, and are back together for a one-off gig, celebrating a legacy of punk-rock that’s seen the outfit team up with bands like Off With Their Heads for split 7-inches and put out a slew of its own great releases, too (start with If Only We Had Some Place To Go).

Again, you should never throw beer at a band, but you’re going to feel tempted to when the Dukes of Hillsborough get going onstage at this no cover throwdown.

Crash Mitchell revives his own band to open the show alongside Buck Sands’ Flat Stanley project.