OneRepublic and NEEDTOBREATHE are playing a Tampa concert this fall 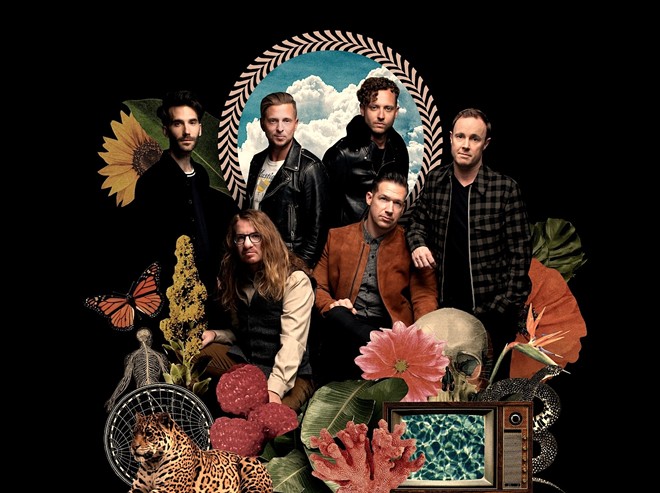 Tickets to see OneRepublic and Needtobreathe play Tampa's MidFlorida Credit Union Amphitheatre on Friday, Sept. 2 go on sale next Friday, March 4 at 10 a.m. Ticket prices have yet to be announced, and other Florida stops include West Palm Beach (Sept. 3) and Jacksonville (Sept. 4).
In 2009, OneRepublic's "Apologize" was nominated for a "Best Pop Performance by a Duo or Group with Vocal Grammy, and while the Colorado band has never won a golden gramophone, its frontman Ryan Tedder has taken home Grammys for songwriting he did with Adele and Taylor Swift. The band just released a new single, "West Coast," today.

Needtobreathe is in the same only-been-Grammy-nominated-but-never-won bucket as their tourmate, but the band is a perennial favorite at the GMF Dove Awards where Christian rock fans and critics have dished the outfit more than a dozen wins.