Oxymorrons opens for Grandson in Ybor CIty on Wednesday

Oxymorrons once tapped a Tampa-adjacent design firm for the aesthetic on an album. 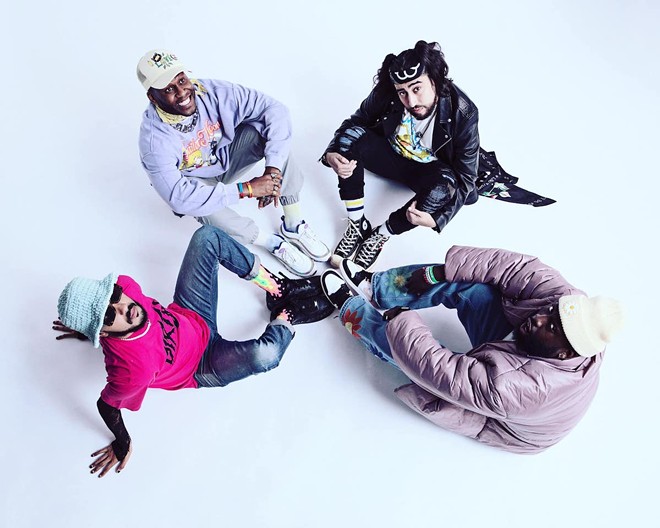 Photo via Oxymorrons/Facebook
Oxymorrons
It’s been a couple years since Tnsn Dvsn , a design company with ties to Tampa, lent its talent to defining the look for grandson’s 2019 album, a modern tragedy vol. 2.

On Wednesday, March 16 at Orpheum, Grandson gives local fans a chance to see how far the Canadian singer-songwriter Jordan Edward Benjamin has come since then, and fans of his EDM-influenced hard-rock trap are going to want to get there early to catch Oxymorrons, which definitely rides that, “is it hip-hop or rock” line hard.