Paul McCartney's new tour is coming to Orlando this spring 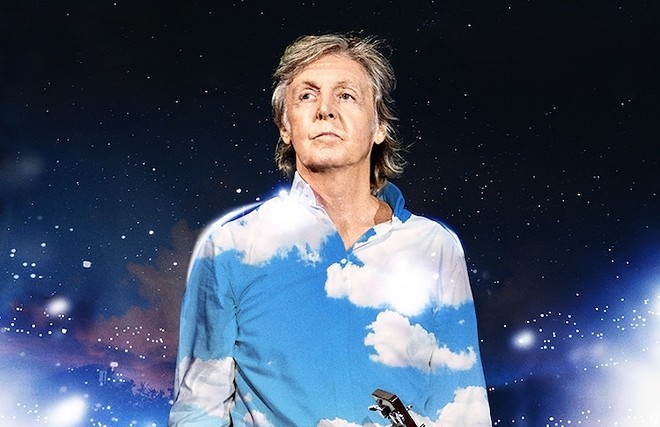 Photo via Paul McCartney
No maybe about it, we're amazed to hear that Paul McCartney on Friday announced an Orlando {faints) stadium show as part of his upcoming "Got Back Tour" of U.S. stadiums this spring.

The former Beatle and Wings-man will, improbably, headline Camping World Stadium as part of a 13-city North American jaunt that kicks off in late April. There are only a pair of Florida shows: Hollywood on May 25 and Orlando on May 28.

“I said at the end of the last tour that I’d see you next time,” McCartney quipped in a press statement. “I said I was going to get back to you. Well, I got back!”

These will be McCartney's first U.S. dates since his lengthy 2019 "Freshen Up" tour.