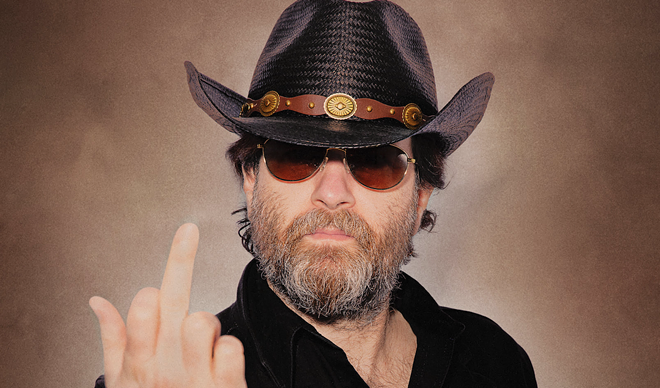 Photo via wheelerwalkerjr/Facebook
Wheeler Walker Jr.
From Ben Hoffman’s perspective, country music is dead, and he'll prove it to you this weekend when he plays a show at St. Petersburg's Jannus Live on Sunday, June 26.

Hoffman's musical alter ego, Wheeler Walker Jr. is in no way a salute to Toby Keith or Kenny Chesney, but rather a personified lament that they just don’t make ‘em like Emmylou Harris or Waylon Jennings anymore.

If Wheeler hadn’t been a character, his insanely profane and non-PC lyrics would have gotten him canceled years ago. Luckily, most everyone knows that Hoffman—whose alter ego has a new album out, entitled Sex, Drugs, and Country Music—doesn’t actually mean anything when he asks you to stick a finger up his butt.
Best leave the kiddos at home, no matter how much they giggle at Wheeler’s lyrics.