Review: In Clearwater, The Mavericks show why they’re one of the best and most exciting touring bands

A fantastically paced and varied setlist never lost momentum or spark throughout the evening. 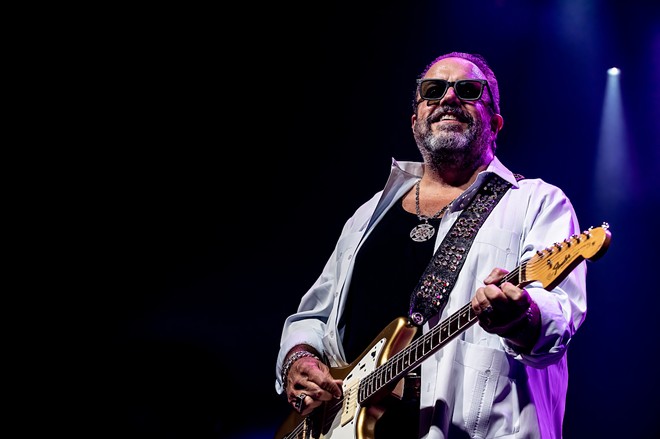 Photo by Charlie Spieker
The Mavericks' Raul Malo delved into his Hispanic roots and included a few numbers in his native tongue.
Living up to its reputation as one of the most fun and entertaining live bands around, Latin-tinged country/rock band The Mavericks showed a revved up, sold-out crowd last Friday night at Clearwater’s Ruth Eckerd Hall what separates them from their contemporaries.

Kicking off what would turn into an utterly convivial night of music in dramatic style, the group walked out to a dark stage while brightly colored spotlights danced around the hall and Offenbach’s “Can Can” blared through the hall’s speakers. The core four-piece band, colorfully aided by a horn section and an accordionist, wasted no time in kicking off the party vibe it would conjure for the following two hours.

Editor's note: Photos are not from the band's Clearwater show, as we did not send a photographer to the show.

Opening with “Back in Your Arms Again” from its 2013 In Time album, the group was in fine form for its first show after a brief holiday break from touring. Founder, lead singer, and front man Raul Malo, sporting a sparkly red blazer, sneakers, and sunglasses looked cool and in total command while belting and crooning throughout the night. His rich, soulful, husky tone gained feeling and depth as the night progressed and sounded as spectacular on the ballads the band pulled out as it did throughout the more upbeat and lively material.

As mighty as this band is with its core members alone, original drummer (and University of Miami alum) Paul Deakin, jovial keyboardist Jerry Dale McFadden, and fashionable guitar hero Eddie Perez, the added brass section and accordionist filled out the sound in grand fashion. 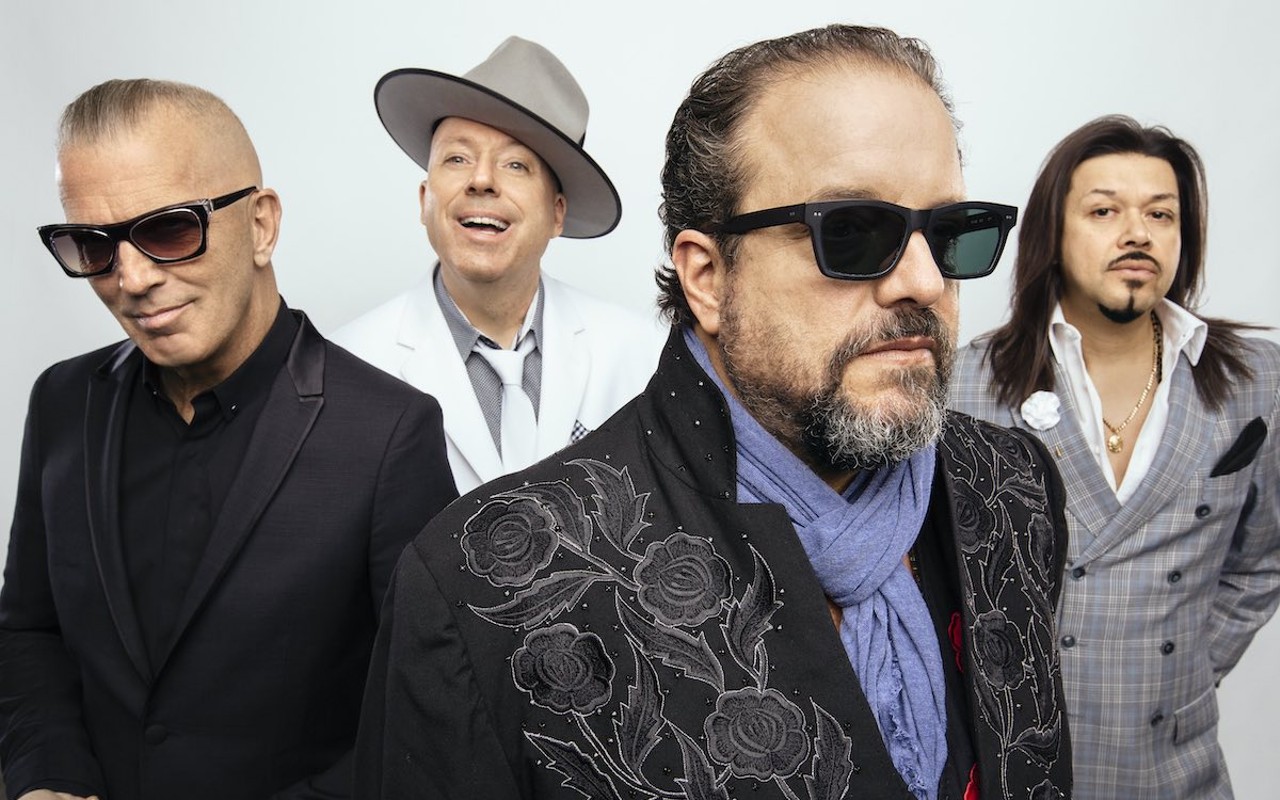 The band’s ‘90s country radio hits “There Goes My Heart” and “What a Crying Shame” benefitted from the added punch the rounded-out ensemble provided. But it was some of the lesser-known nuggets like the impassioned “What Am I Supposed to Do” (from 2015’s Mono album) and 2013’s “Dance in the Moonlight” that ranked as some of the true highlights of this night and its absolute party atmosphere.

Seeming genuinely elated to be on a stage and playing to a full, voracious house, Malo took time to reveal his affinity for the area, not only because of his upbringing in South Florida, but also because of the fact that his band’s original recording contract was awarded to them after having played a show in Clearwater early in the group’s infancy.

As another added bonus to the already sparkling setlist, Malo delved into his Hispanic roots and included a few numbers in his native tongue. Dipping into the band’s 2020 all-Spanish album, a gorgeous, stirring heartfelt version of “La Sitiera” further proved the group’s versatility and, again, left no doubt that Malo is one of contemporary music’s finest and most gifted singers.

A fantastically paced and varied setlist never lost momentum or spark throughout the evening and just seemed to gain steam as the show progressed. As the band got looser and Malo’s vocals continued to soar, it became clearly obvious how and why this band, that attracts a fiercely loyal following, has rightfully earned every accolade it’s ever had bestowed upon it.

Wrapping up this triumphant night of music was the band’s homage to Tex-Mex music, “All You Ever Do is Bring Me Down” which turned into an extended jam that gave each and every member of the group an individual opportunity to shine. By this point, those in the crowd who’d opted to stand and dance throughout the duration of the show were joined by every other patron in the house.

The Mavericks are clearly a difficult band to categorize; their output runs the range from country to swing to rock and hits every point in between; but the band’s true charm and appeal are never more evident than in a live concert setting. Continuing to pull off fun, joyful live spectacles like this recent, stupendous show will ensure that the group will continue to hold its reign as one of the best and most exciting touring bands today.

I was born on a Sunday Morning.I soon received The Gift of loving music.Through music, I Found A Reason for living.It was when I discovered rock and roll that I Was Beginning To See The Light.Because through music, I'm Set Free.It's always helped me keep my Head Held High.When I started dancing to that fine, fine...
Scroll to read more Music News articles

Big Gigantic is bringing 'Rowdytown' vibes to St. Pete, but the show is sold-out

At Clearwater concert, Neko Case will renew her love affair with Florida

Fall Out Boy brings new tour to Tampa this summer