The songwriter is a long way from Budokan. 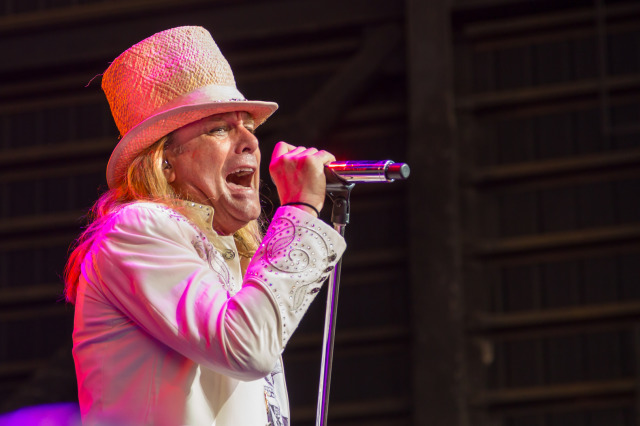 Today in rock history: On this date in 1953, singer-songwriter and guitarist Robin Zander was born in Beloit, Wisconsin. The founding member of Cheap Trick has served as the group’s unmistakable vocalist since its inception. Success in the U.S.wasn’t immediate, but a barn burning 1978 live album — Cheap Trick at Budokan — broke the doors down at home. The LP was meant to be a Japan-only release for the fans in the Asian nation, but demand led to a domestic release. Leading Cheap Trick through several albums, hit singles and countless tours, Zander remains one of the most consistent, powerful and commanding rock and roll vocalists of all time. Zander, who lives in Safety Harbor, celebrates his 66th birthday today.

Today in rock history: On this date in 1986, the Rock and Roll Hall of Fame announced its first list of inductees. The introductory list of superstar musicians consisted of the following: Buddy Holly, Chuck Berry, Elvis Presley, Fats Domino, James Brown, Jerry Lee Lewis, Little Richard, Ray Charles, Sam Cooke and the Everly Brothers. It would be a year before the first female performer was inducted; Queen of Soul Aretha Franklin got the nod in January of 1987. To date, the hall has inducted over 200 performers to its hallowed halls and has expanded its criteria for induction to include categories like early influences, non-performers and sidemen.


Today in rock history: On this date in 1973, Canadian rocker Neil Young interrupted his own performance at New York City’s Madison Square Garden and made an announcement to the audience. After being handed a note that said, “An accord has been reached for peace in Vietnam,” Young, understanding that the Vietnam war was over, told the crowd that "Peace has come." Young — a well-known anti-war activist — was responsible for writing “Ohio.” The 1970 Crosby, Stills, Nash & Young hit was instantly recognized as an incredibly important protest song that lamented the deaths of four students who lost their lives in a grizzly shooting at Kent State University in May of 1970.


Today in rock history: On this date in 1956, the Godfather of Soul, James Brown signed to Cincinnati, Ohio record imprint, King Records. The label was founded in the mid-1940s and originally specialized in country and western music. It expanded its scope in the ‘50s and founded the Federal Records label, which was exclusively devoted to rhythm and blues. Brown’s first release for the label, his classic single “Please, Please, Please,” was a massive hit that sold more than 1 million copies. Brown and his backing band, The Fabulous Flames, seemed poised for success, but many of the group’s follow-up singles failed to perform as well as that initial record.