Skrillex released a new album while you were sleeping, download it and hear it for free now 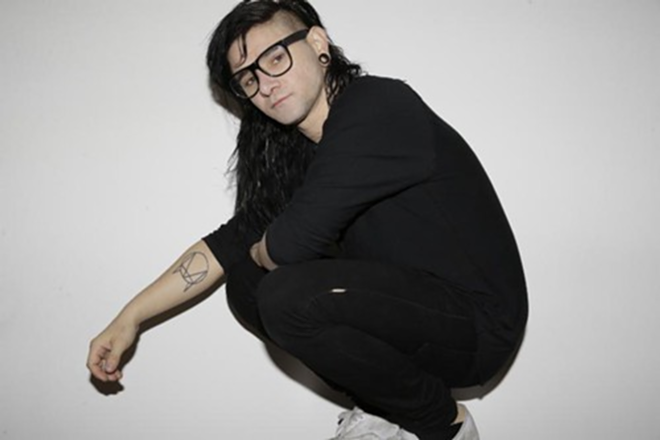 Biz3 Publicity
Skrillex released a new album while you were sleeping, download it and hear it for free now
click to enlarge

Biz3 Publicity
Skrillex released a new album while you were sleeping, download it and hear it for free now

The majority of Bay area Skrillex fans probably won't get into any of the EDM producer's upcoming Winter Music Conference appearances in Miami, and anyone who lives a close-to-normal existence can't possibly afford passes to the overpriced Ultra Music Festival where the man born Sonny Moore will join Diplo to form a duo called "Jack U."

Those locked out, access-less, and broke can to find solace on the Interwebs, however, thanks to this morning's surprise release of Skrilly's new LP, Recess.

In a press release unmercifully sent out at 3 a.m. EDT this morning, Skrillex's handlers detailed how the album (officially set for release on March 18 via OWSLA/Big Beat/Atlantic) was embedded within a phone app/stupid smartphone video game that, as of last night, started unlocking tracks one at a time until the full LP was released just a few hours ago.

Recess is the 26-year-old Los Angeles native's full length debut (you've been feasting on handfuls of EPs and singles this whole time), and finds him joined by Diplo, Passion Pit frontman Michael Angelakos, Chance The Rapper, plus Kill The Noise, Alvin Risk, and others.

Have a look at the track listing and listen to Recess' lead single "All Is Fair In Love And Brostep" (seriously, that's what it's called) below.

Grab the Alien Ride app here, and try your luck at streaming Recess on iTunes' "First Play" or head to SPIN.com to hear a user-sourced Soundcloud stream of the LP.