And he reminded men that “No” does not mean “Convince me.” 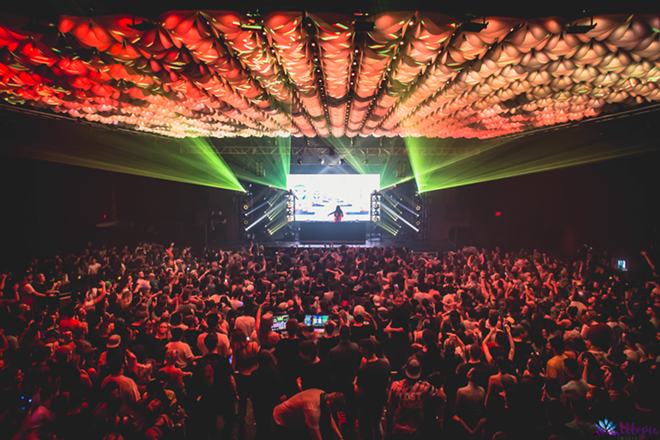 Somewhere this side of Space Heaven lies the Temple of Noom, a place so sacred and cloaked in mystique that only lower frequencies and wooks properly garbed may enter. You can only exit after the house lights have risen once more.

On Saturday night, Space Jesus brought his Temple of Noom tour to The Ritz in Ybor, presumably shook Seventh Avenue all the way to the Orpheum with his holy and extraterrestrial bass notes. Throughout the duration of the night he performed both following and alongside Buku, Of The Trees, and Huxley Anne.

While Huxley Anne and Of The Trees were on point as always, Buku played another one of those sets that never ceases to impress. Buku’s music never sounds quite right when you play it on a phone or smaller speaker, but it sounds phenomenal on professional stacks where listeners can get the full and intended range of frequencies. He played all his classic hits (“Fooled,” “Slap It,” “Cake Dough Cheddar,” etc.) as well as his song “Heartbeat” from the new Wakaan CONVOY Compilation mixtape. If you haven’t listened to it and you’re a fan of bass music, stop cheating yourself and click the hyperlink, lots of great songs on there.

Space Jesus, true to nature, came out wearing sunglasses and an orange t-shirt of some kind. Likely due to The Ritz being boiling hot and packed tight for the sold-out show, he soon removed the shirt to reveal a red Sixers jersey underneath. 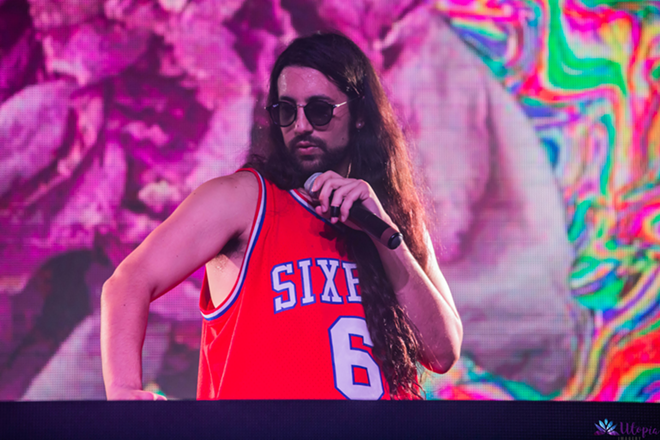 While he made sure to hit all of his classics (“Infinite Extravagance,” “Won’t Stop,” “Sofa Surfing,” “Space Boss,” Exist, etc.), Space Jesus made sure weren't just listening to his most popular Spotify songs on a playlist — the producer born Jasha Tull worked in crazy remixes of about half of his songs and even threw rap parts from some of his them over beats from others.

Somewhere around the second half of his set, Space Jesus began playing almost all new songs that haven’t been released, a mildly upsetting practice of his for those trying to get the song ID and listen to them again at home. He debuted a new song with Shape, a long time collaborator that he hasn’t worked with for far too long. He also played a particularly strange ditty that he claims to have written with his father, Space God (?).

After a handful of new and unreleased tracks, Space Jesus brought openers Of the Trees, Buku, and Huxley Anne back for a jaw dropping B2B2B2B that went on well after the house lights went up, leaving most of the crowd still chanting for more after Space Jesus and the crew were told they had to wrap things up around 3 a.m. With each drop landing hard with the crowd and visuals that made you feel funny, this was easily one of the better shows I’ve seen at the Ritz as of late.

While Space Jesus is and continues to be one of the most talented and creative names in bass music today, there was a weird vibe having him back so soon. The last time he brought his space wobbles to this particular stage was in January of 2018 as a part of Datsik’s Ninja Nation tour. If you recall, that was the same tour where Datsik racked up all his sexual misconduct allegations and lost his entire career. Space Jesus did the smart thing by pulling out mid-tour and distancing himself from the artist he had been touring the country with, but the signs in the men’s bathroom reading, “‘No’ does not mean ‘convince me’” with Space Jesus’s logo underneath were a stark reminder of this whole episode.