Reviews of Cat Power, The Special Goodness, Fischerspooner and Clairmel

You Are Free
CAT POWER
Matador
The new one by Atlanta resident and indie rock fave Cat Power, a.k.a. Chan Marshall, flows like a river, from quiet calms to flood surges.

The opening track, "I Don't Blame You," begins the CD on a meditative note, with sparse piano and vocals. In that song, Marshall's ghostly tinkling retains a stark reverb-laden tone throughout, tying the record together nicely, and her voice is even more haunting and uniquely sultry than on her acclaimed albums Moonpix and What Would the Community Think?.

The dance-inducing second track "Free" is a funky number she performs with acoustic guitars and drum machine, in which she sings, "Don't fall in love with the autograph/ just be in love when you sing that song all night long." Dave Grohl lends percussion to three songs, including "He War," an upbeat romp with multilayered drums, piano and guitar while Chan chants, "He war, he war, he will kill for you." Protest music? The tune "Speak for Me" boasts delicious layers of vocals and rocks out intensely with Grohl on bass and drums and Marshall on guitar. Eddie Vedder sings backup on "Good Woman" and the CD's closer, "Evolution," sounding Nick Cave-ish.

"Babydoll" is Cat Power's pretty flamenco guitar lament on the uselessness of self-destruction: "Set yourself on fire/ say goodnight/ did you have a real cool time?" "Half of You" is a bluesy number with the touching lyric, "When you give half of you, I want all of you." The saddest song ever may be, "Names," which runs down a list of friends lost over the years and the harrowing details of lives left behind, sung over minimal piano; the effect is devastating.

The subtly simple "Maybe Not" continues the free thread with solo piano and vocals: "We can all be free/ maybe not with words/ maybe not with a look, but with your mind." "Maybe Not" builds slowly into the conclusion, "We've got nothing to lose/ we could all be free." Chan also does a smashing version of John Lee Hooker's "Keep On Runnin' (Crawlin' Black Spider)."

All in all, it's Cat Power's most cohesive and achingly beautiful effort to date. Two paws up!

Land Air Sea
THE SPECIAL GOODNESS
N. O. S. Recording
The Special Goodness consists of Weezer drummer Pat Wilson and former Rocket from the Crypt drummer Atom Willard, which might immediately put ideas in your head about how their first full-length sounds. And you'd be right, up to a point — Land Air Sea certainly contains more than its share of both loud, smart pop and jagged, propulsive rock. Overall, however, the album is both a little edgier than Wilson's other affiliation, and a lot less abrasive than Willard's previous employer. While "Pardon Me," "Pay No Mind," "Whatever's Going On" and others certainly recall Weezer, the inventive guitar work ("N.F.A.," "Inside Your Heart"), swaggering rhythms ("Oops," "In The Sun") and slight twang ("The Big Idea") found elsewhere showcase a partnership uninterested in the somewhat narrow focus of their other endeavors. It's above-average pop-grounded modern rock through and through, interesting and eminently listenable. But nothing here stands out as an instantly memorable tune, and given pop-rock's already saturated status, Willard and Wilson are gonna need one to stand out in the crowd.

#1
FISCHERSPOONER
Capitol
The debut from neo-electro pop troupe Fischerspooner is cheesy, campy, fuzzy, funky synth — and boring as all get-out, with the exception of a dub mix for the single "Emerge." The group, which began with musician Warren Fischer and experimental thespian Casey Spooner, has grown to more than 20 members, mostly dancers and vocalists. They're known for costly, buzz-generating live shows that flaunt glam-punk attitude on a Las Vegas scale. The music seems merely a motif, an excuse to play dress up and make lavish videos — which is nothing new. Still, there are some decent electronic effects here, reminiscent of Depeche Mode and Trans Am. At its best, the music is slick, splashy, climactic and full of club bass; at its worst, it's flat, juvenile and holds about as much interest as the sound of a plane flying overhead.

A Letter to Friends
Clairmel
No Idea
It's been quite a while since compelling Tampa punk-rock foursome Clairmel's last full-length, the amazing Fair Weather Fan. The intervening time has seen a breakup, a short-lived project or two featuring most members, and a recent regrouping. A Letter to Friends spans that era, and also includes one track from their out-of-print split release with Hot Water Music ("Mealhog") and two tracks previously available only on compilations ("Charcoal Bridge," "Lester"). As one might expect from such a piecemeal collection, the disc comes off as somewhat unfocused. The group's energy, obliquely personal lyrical imagery and anthemic, edge-of-chaos attack remain intact throughout, but both the style and quality of execution vary more wildly than you'd expect from one of the most visceral and enthralling Bay area bands around. There are plenty of highlights, including "Red and Swollen," "Minnows," "Twenty Something Nothing," "Point of Departure" and "F Song." However, there's also some stuff that seems a bit inferior in comparison. Given the fact that it's part anthology and part document of a highly transitional period, A Letter to Friends could be seen as ahead of the game. Still, it can be pretty uneven for an outfit capable of truly inspiring material. 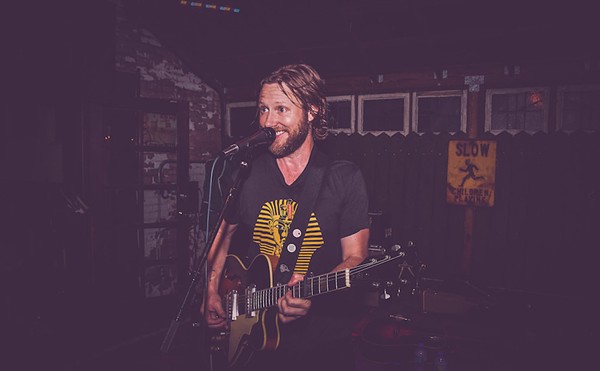