The hard-rock outfit plays Ruth Eckerd Hall on November 25 as part of a massive fall tour. 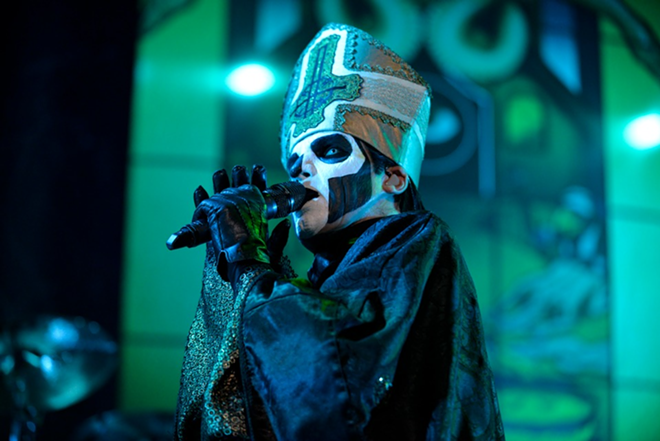 The Swedish hard-rock band announced a massive N. American tour today, and it stops at Ruth Eckerd Hall on November 25 (that's the Sunday after Thanksgiving). It's the band's first show in the area since it opened for Iron Maiden last summer, and Ghost's first headlining show in Tampa Bay since the band's local debut at The Ritz. Ghost is supporting its brand new album Prequelle, which it released last month.

Other Florida stops include Orlando (November 23 at Walt Disney Theater) and Miami Beach (November 24 at Jackie Gleason Theater). Tickets for the Ruth Eckerd Hall show start at $43.25 and go on sale at 10 a.m. Friday, June 15.

Listen to Prequelle, and get more information on the show, below.