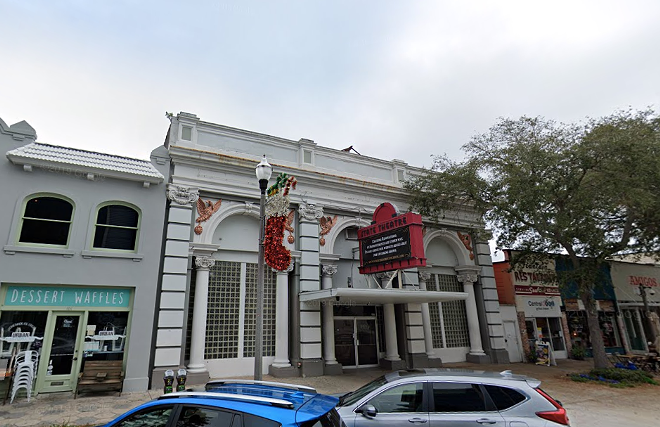 “The time frame is not as important as the end result,” he told the website.

That sentiment is welcome news to anyone who’s lamented the relative quiet that’s come over downtown St. Petersburg’s 600 Block since the late-2018 closure of Fubar, just across the street from State Theatre, and the relocation of Daddy Kool Records (one door down from Fubar) from the Block to St. Pete’s Warehouse Arts District.

In March 2018, after State Theatre saw its capacity reduced by fire officials, the 8,604 square-foot building went on sale for $1.9 million. Three months later, the venue went under contract, and it officially sold to Chadwick for $2.1 million approximately 10 days later.

At the time, Chadwick had plans to invest up to an additional $1 million to make safety and cosmetic upgrades en route to restoring the building to the historic landmark it once was. He said that the building would have a new facade and new marquee before the year was over and that the spring would see interior renovations plus three new bars.

That all got delayed, however, as Chadwick and his team cracked into the bones of the 96-year-old building. State Theatre operating partner Brandon Huskins added that, “Everything was gutted. The directive was, if it wasn’t original in the building, take it out.”

Chadwick did not say what the updated total renovation costs were, but Huskins also added that the 800-seat venue—where sound will be installed by ESI, which has hung PAs in Ruth Eckerd Hall and Amalie Arena—would host what the Catalyst called “50 to 60 ‘name’ concerts per year, ‘high-end stuff that maybe you would never have thought would play at the State Theatre.’”

Huskins also told CL that the main stage floor will be open and that seating will be available in the mezzanine only.