Composer and Tampa Bay expat Nate Corder is flying in to help out.

Photo by Elizabeth A. Baker

Thursday’s presentation of “Intersect” — a collaborative evening which explores the connectivity of individual voices and the product of diverse voices as a unit — will be the last local performance from self-described “New Renaissance Artist” Elizabeth A. Baker. The show finds Tampa Bay expat and composer Nathan Corder flying in from the west coast to help out. All the graphic scores are by trans, femme, nonbinary, queer, and black individuals who’ll cover a host of topics but chiefly explore science and energy through the medium of sound.

“The program was developed with as much emphasis on social justice and the responsibility of curators to present opportunities for underrepresented artists’ work to be integrated,” Baker told CL in a message, adding that her and Corder — who’s all but ditched the guitar he plays in art-rock band Nude Tayne in favor of electronics that he has designed himself — will be joined by Bay area pianist John C. O’Leary III as well as Oakland's Tom Weeks and Toronto’s Robert Hess, both on saxophone.

Baker, a true St. Petersburg native who was born and raised in the Sunshine City, used to dream of a local scene that would evolve into a “thriving metropolitan community with regular public performance of challenging art works that could rival those presented in NYC, Seattle, San Francisco, Oakland, Montreal, Paris, London, and other hubs for the public dissemination of intellectually stimulating and dialogue fostering art.”

Her decision to quit live performances is bittersweet and based around her observation that this might be a town and time where people are a lot of talk when it comes to supporting individual artists that fall outside of trends.

“There are local organisations that exploit artists for the gain of their collectives, using hard fought individual artist reputations to bolster their balance sheets and media pull,” Baker wrote. She said that the evolution she’s observed involves a community that claims to be all for the arts but never truly delves beyond the "cool factor” of a few artists.

“[It] rarely provides vehicles for artists who are looking to challenge the public with their works,” Baker said. “Our community focuses less on the diversity and inclusion of BIPOC (Black, Indigenous, People of Colour) artists than the pull factor of names that will get people to events or make something look pretty.”

Baker said that she’s appalled by how little the community thinks a musician, composer, or performing artist should be paid for their services; in her opinion, the Bay area can do better, especially since there are many transplants from cities where artists have unionized.

“People should know that $100 to $300 for any intensive work is not a fair wage,” she added. “When factoring in the inflation of living expenses it isn't even close to a fair wage, and creates a paradigm where individuals who have the privilege (the very often cisgender white male privilege) to participate in the creation of art for arts sake dominate a marketplace and media space that should be giving more light to underrepresented marginalised voices.”

But it’s not all doom and gloom for Baker, who’s impressed by programming at The MFA St. Pete and out-of-area organizations like Sarasota’s ensembleNEWSRQ and the Timucua Arts Foundation in Orlando; she says those groups have broken the mold and that it gives her hope that the next generation will thrive thanks to “grey spaces in which blacks and whites as well as other POC will meet, collaborate, and support each other on equal and inclusive grounds.”

And just because she’s done performing in the area, Baker still plans on giving back to Tampa Bay and serving on advisory boards. She pledged to continue recording in town with former classmates from St. Petersburg College’s Music Industry and Recording Arts program. Baker said she isn’t critiquing the health of the local scene to chastise of bash St. Petersburg either.

“I write all of this… [as] a wake up call and a reminder that there is more to this world than the boundaries of this town or the tastes of influencers,” she said. 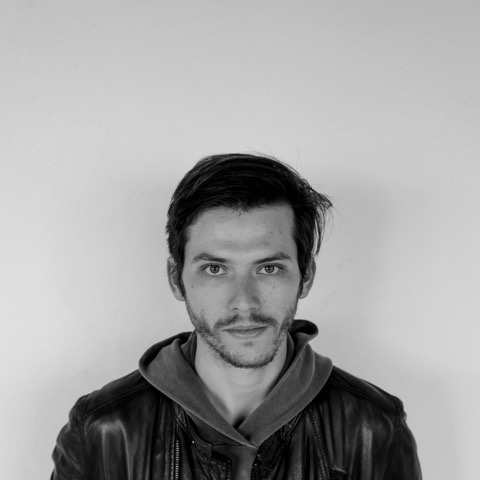 Corder, who lived in Tampa his entire life before accepting a very generous scholarship from Mills College in Oakland, is a good example of that. The relationships he formed here, both in and outside of music, continue to shape who he is, but he did find himself with a hyper-specialized skill set as a composer after graduating from the University of South Florida in 2014.

“I [also] found myself [with] very little avenues to apply those skills to,” Corder told CL. He’s not saying that there wasn’t anything happening, and pointed out that some of the best shows he ever played were at house shows and spaces like Unit 19, Cyborg City or the early Venture Compound.

“I had just gotten to a place with my music where I truly felt it stopped making sense within the communities I was a part of,” he added. “I was seeking out scenes that provided more context for what I was doing.  I felt it was time to try something new."

And as Baker moves closer to this new chapter of her life, she’s challenging Bay area locals — tastemakers and outsiders alike — to make room at the table for art that is uncomfortable, challenging and confrontational. She hopes that eventually makes for spaces where the arts can be truly diverse and inclusive.

“I’m excited for the next possibilities on the horizon, and to continue to see what the world has in store for me,” Baker said. “I only hope that my hometown can learn to support, to listen, to love, to cherish, their artists through action rather than passive digital engagement.”