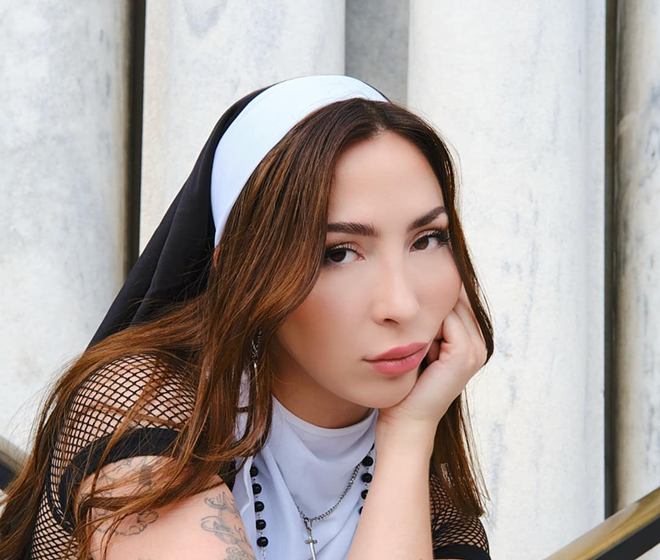 Photo via Summer Hoop/Facebook
Summer Hoop
After spending 2021 opening for 97X NBT, and performing on Melissa Etheridge’s cruise, Summer Hoop—formerly of SickHot—took 2022 by storm, dropping singles “Bottom” and “Our Own Sins,” and co-headlining gigs with her former band.

On Friday, Dec. 16 at Crowbar in Ybor City, Summer Hoop plays a Healthy Phoenix showcase alongside some of Tampa's most beloved rock outfits.

We’re not sure if the former means that she’ll soon be dropping a long-awaited studio album or EP, but in the meantime, she performs in between glam-rock favorite Roxx Revolt & The Velvets and Discord Theory before winding down for the holidays.