He's back at Born Free. 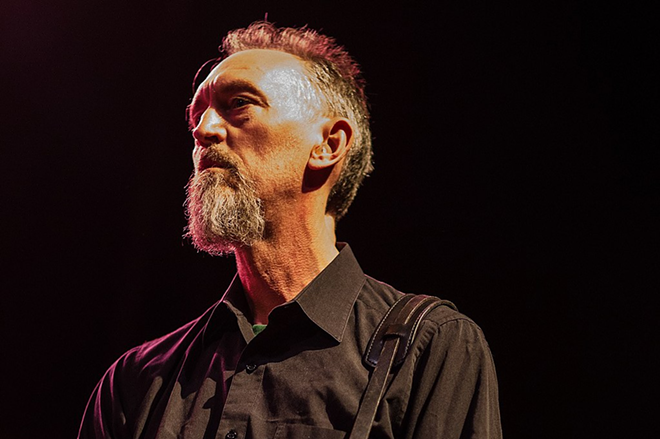 Tim Bugbee (tinnitus photography) and digboston, CC BY 2.0
Norman Westberg performing with with Swans in Boston, Massachusetts in 2014.
After playing a two-night stand there in May, Swans’ Norman Westberg returns to Sulphur Springs biker bar Born Free Pub & Grill on Sunday, Oct. 16 to show off a new side of a composer who created one of the most fearsome aesthetics in avant-garde rock.

Early this week, on the day after his Pittsburgh show, Westberg, who’s playing every night until a Philly show next Sunday, told Creative Loafing Tampa Bay that Tampa fans can expect to hear the ambient, semi-improvisational guitar music he’s been working on lately. Sometimes it’s pretty, but it’s always dynamic, with lots of different rhythms going on at the same time.

And while it can get loud, it’s never Swans-loud.

“I look at it as a conversation really, between me and the audience, and a lot of times it’s just me talking to myself or following the weird turns the show takes,” he added.

Tickets are available on site at Born Free Pub & Grill or at Steelworker Records in Riverside Heights.