Last May, John C. O'Leary impressed CL and its readers when he raised more than $5,000 to record a jazz album about neuroscience.

“The purpose of the record is to create a space around which a dialogue can occur in the community about modern scientific/neuroscientific discoveries, which have the potential to affect our lives,” O’Leary — who has recorded with BOTB-winning outfit La Lucha — wrote to CL at the time.

“This dialogue will help reduce the barrier between science and society.”

Well, nearly a year later, that album is arriving. Crispr sees release tomorrow, but O'Leary — who is a neuroscientist as well as an accomplished pianist — has plucked a track from the heart of the LP so that he can share it with readers.

According to him, “Spirit Guardian" revolves around one theme that is recurrent when reading about Alzheimer's disease: the loss of self.

"Alzheimer’s is a neurodegenerative disease. In the book Musicophilia, by the late neurologist Oliver Sacks, Dr. Sacks makes the case that dementia is not just about the loss of self, but also about the preservation of self," O'Leary wrote. "Alzheimer’s patients can demonstrate a response to music that’s shocking to see. You’re watching someone who looks sick and sullen all of a sudden come alive in their own skin; the film Alive Inside was also very inspiring, which shows examples of this occurring."

O'Leary quotes Dr. Sacks again in saying that “it is as if identity has such a robust, widespread neural basis, as if personal style is so deeply ingrained in the nervous system, that it is never wholly lost, at least while there is still any mental life present at all.”

That idea of preservation of self inspired O'Leary to write this piece.

"Because music may be the guardian of our spirit," he said.

Listen to the track and get more information on the album release show below. Look for more on Bandcamp. 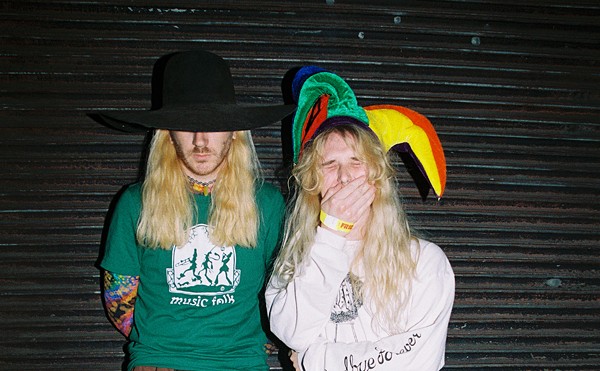