The University of Tampa's symphony orchestra plays a free show, too. 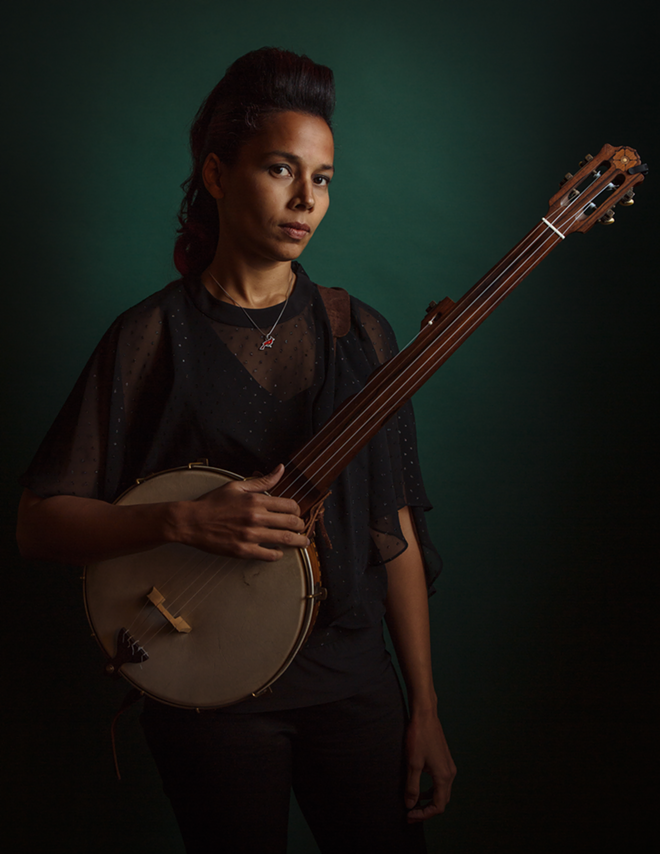 David McClister
Rhiannon Giddens who plays David A. Straz Center for the Performing Arts in Tampa, Florida on April 23, 2018.

✔️ Rhiannon Giddens w/Dead Horses Rhiannon Giddens has a rich history in the Tampa Bay area (she found fans early on as a member of the Grammy-winning folk outfit Carolina Chocolate Drops, which headlined WMNF’s now-on-hiatus Tropical Heatwave festival in 2011), but it’s the 41-year-old fiddler, singer and banjo player’s approach to American history that’s earned her the most acclaim. In 2017 she was awarded the MacArthur Genius Grant ($625,000, paid in quarterly installments over five years with no strings attached), and that money is going to go a long way in helping Giddens’ continuous exploration of the rich history of American slave music and the instruments that made it possible. This Tampa date finds Giddens near the end of a tour supporting her bone-chilling 2017 album, Freedom Highway, so expect her band to have a lot of fun as it closes the book on one of the recent past’s most important musical statements on U.S. folk music. Dead Horses opens the show, and if “Swinger In The Trees” — the Robert Frost-inspired single from the Wisconsin indie-folk outfit’s new album (My Mother The Moon, released April 6) — is any indication, then you’ll want to be in your seat early for this Monday-night show. (David A. Straz Center for the Performing Arts, Tampa) INFO