He was detained because of a warrant in Osceola County. 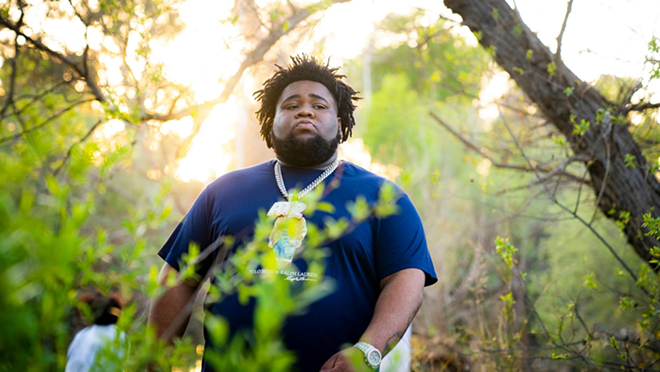 rodwave/Facebook
Rod Wave, who plays MidFlorida Credit Union Amphitheatre in Tampa, Florida on Sept. 11, 2021.
Up to today, St. Petersburg's own Rod Wave's been in the headlines for his chart-topping music and philanthropy. That changed last night when the rapper—real name Rodarius Marcell Green—was arrested during a traffic stop in St. Petersburg.

According to an arrest affidavit provided to Creative Loafing Tampa Bay, a St. Petersburg Police Officer witnessed a traffic infraction and pulled over a 2021 Dodge Durango registered to the 22-year-old rapper who was riding in the front passenger seat.

Wave was arrested when the officer discovered a December 2021 Osceola County Warrant for Wave, who is charged with domestic battery by strangulation. Wave was booked into Pinellas County Jail early this morning, according to records.