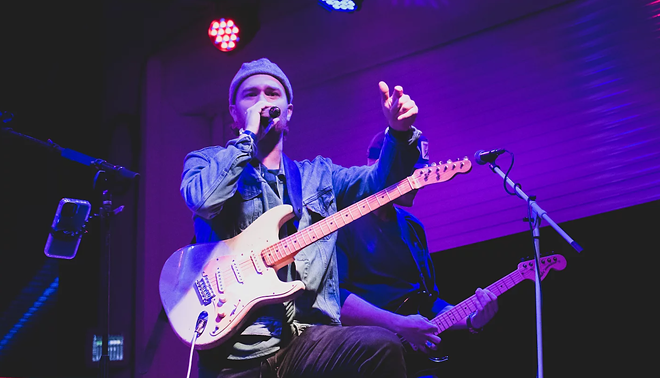 Photo via Logan Grant website
Logan Grant
The cynics among you will say that bar bands are a dime a dozen, but they haven’t seen Logan Grant. Hockey fans, however, will get the opportunity on Sunday, June 5 when Grant plays a free pre-playoff game concert outside Amalie Arena on Sunday.

Together with his band, the Show Ponies—who’ll presumably back the Indiana-born songwriter at this pre-Game 3 Lightning gig—Grant’s big, Nashville-ready guitar playing and singing bellies his modest approach to the microphone.

The tunes kick off at 1 p.m., and we’re hoping the Bolts are up 2-0 on the Rangers by the time they return to home ice.
Pop-rock band Nightbreakers plays the Lightning's Game 4 pre-game concert on Tuesday, June 7.