It's at the Mug on Saturday. 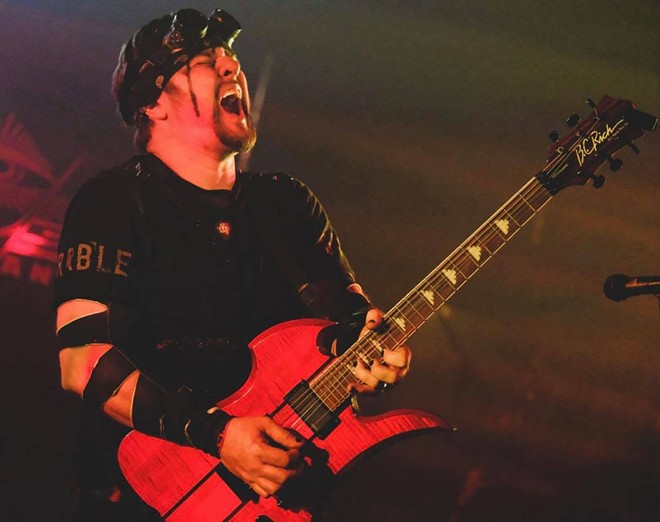 Photo via leveltheplanet/Facebook
Level The Planet
The night after Seven Kingdoms does an album release party at New World, another one of Tampa’s resident hard-rock bands will do the same thing at Brass Mug.

Level The Planet—known for its elaborate live shows with theatrics rather than just music—kicks off a very-spread-out string of dates by celebrating the release of its new record, Shitty Neighbor.

The band will be back at the Mug later this year, and will also pay visits to Winter Park, St. Pete, and Satellite Beach.