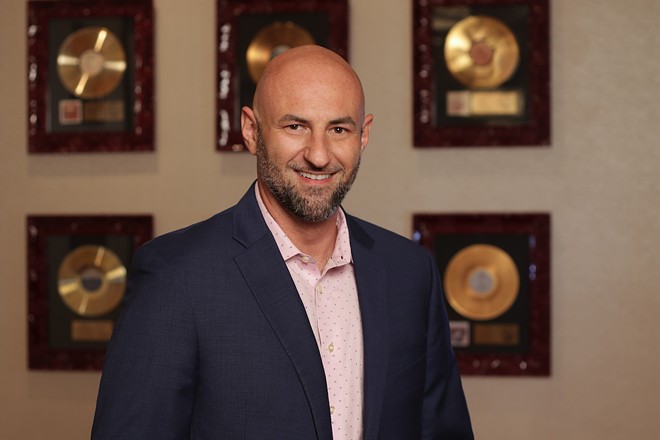 c/o Seminole Hard Rock Hotel & Casicno
Steve Minick
Steve Minick was named Seminole Hard Rock Hotel & Casino's Director of Entertainment 141 days before Gov. Ron DeSantis more of less shut the state down.  The property had already made the decision a week prior to stop all live music, and what followed for Minick—a Live Nation alum who oversees the 1,500-seat Hard Rock Event Center—was a long period of waiting and sadness as his colleagues and other venues sat on the sideline.

But that didn't mean he stopped planning.

"The unknowns made it difficult," Minick told Creative Loafing Tampa Bay, adding that his group evaluated its goals and looked ahead to the right time to move forward ,whenever that might arrive.

"As a new venue, our goal was to go full throttle but after understanding the severity of the pandemic, we had to pivot. We had to move a lot of shows, cancel a few, but the safety of the guest was the number one priority," Minick said.

The casino reopened in May 2020 with one of the more rigorous safety programs in Tampa Bay, but the events calendar eased back into it with some comedy shows, cage matches and lots of great local talent playing various lounges. Since then, Sugar Ray, Limp Bizkit, ZZ Top and Steve Miller have been just a few acts to make their way to the Hard Rock Event Center. An intimate show from Sting was a huge shot in the arm o fthe local concert calendar, too—and in the coming months, the event center will host Fitz & the Tantrums, Alicia Keys, Demi Lovato and more.

Minick took a few moments following the Hard Rock Event Center's presentation of Chris Rock to answer a few questions about booking the venue. Read our Q&A below. 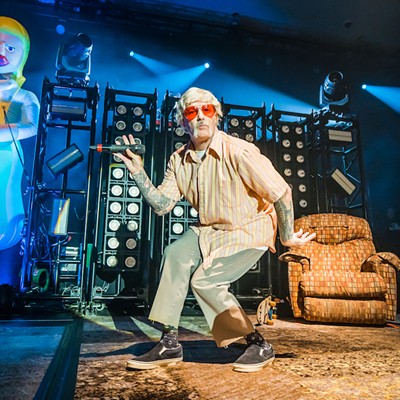 Click to View 17 slides
Can you tell me about how much the pandemic put the brakes on the momentum you were building there after initially opening with Keith Urban back in 2019? I'm sure you knew SRH would be OK, but what was it like to sit and wait, not only watching live music be put in a chokehold, but just press pause on all your plans?

Given the nature of the entertainment world during COVID, it was sad to see a lot of my colleagues and other venues sidelined during this unprecedented time. For Hard Rock, we never stopped planning for the future, but the unknowns made it difficult. We evaluated our goals with the expectation of moving forward when the time was right and we never stopped planning. As a new venue, our goal was to go full throttle but after understanding the severity of the pandemic, we had to pivot. We had to move a lot of shows, cancel a few, but the safety of the guest was the number one priority.

I don't expect you to give me exact figures (great if you could!), but could you ballpark for me the amount of money it took to get all the great acts you've had in 2022 so far? Do you know how much you expect to spend to close out the year? What about the expected concert booking expenditure in 2023, what does that look like?

We have a significant budget to not only focus on what the fans want, but what the Hard Rock brand represents, which is why you see so much diversity in our programming. Expect a lot more surprises as the year rolls on and as we explore every opportunity that comes our way.

And from a calendar standpoint, how many big headliners do you expect to host between the event center and pool next year?

Depending on what you consider a headliner, we have the mentality to go big or go home and we continue to push the envelope. You can expect big things for 2023 in Hard Rock Event Center and out at the pool.

Hard Rock properties across the world obviously have a reputation for bringing in big acts—music, the grandeur and lore of it specifically, is built into the concept itself—but where does the edict and push to just bring the big names (Alicia Keys, Sting) come from as far as the Tampa property goes? Like, who drives the talent buying ship there?

Music is in our DNA and we expect nothing less than having the best here in Tampa. We collaborate with our sister properties throughout the nation to leverage the buying power we have as a company, but ultimately, each act is booked with the thought of what’s best for Tampa.

How do you convince an artist like Alicia Keys, Sting or even a Ben Folds to forgo other venues they may play locally (Amalie, Straz, Ruth Eckerd, etc.) and get them in your room?

Artists are familiar with the Hard Rock brand and our attention to detail as it pertains to artist relations. We have a product that is superior to other venues in the market given that we have the ability to offer all of our amenities to the artist including the spa, hotel, pool and several world-class food options.

Do you think Hard Rock Event Center will ever make a play for more mid-tier acts that would normally play 1,000-2,000 cap venues like The Ritz or Jannus Live?

Given the diversity in programming, we focus on different types of acts. Not all talent fits into an arena and we love to program acts of all types.

Is there anything about the Hard Rock Event Center that you don't feel gets publicized enough?

Once someone attends shows in Hard Rock Event Center, you’ll really understand how intimate it is and that there really isn’t a bad seat in the house.