Horsewhip, Pyre and The Path join in the fray. 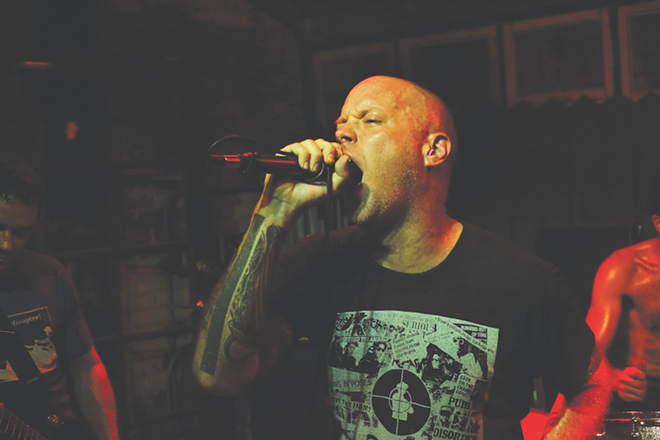 This is hands-down the heaviest show happening in live music this week.

After dropping a pair of pulverizing releases in 2016 (Addio) and 2017 (Largo), caustic, Tampa-based hardcore outfit Meatwound is back with another hammer. Set for a vinyl release on August 2, Culero is the new outing from the band of Bay area lifers who’ve played in revered hardcore acts like Combatwoundedveteran, Holy Mountain, Headless Dogs, Primate Research, and more. With lyrics borrowed from Bradbury (album closer “... In the Fields With the Beasts”) and some guest analog synth from Matt Akers, the 10-track album will get acquainted with local fans at this show before Meatwound embarks on a monthlong tour that hits several southern states as well as venues in the nation’s capital, New York and Pennsylvania.