The music and arts festival happens this weekend at Brew Bus. 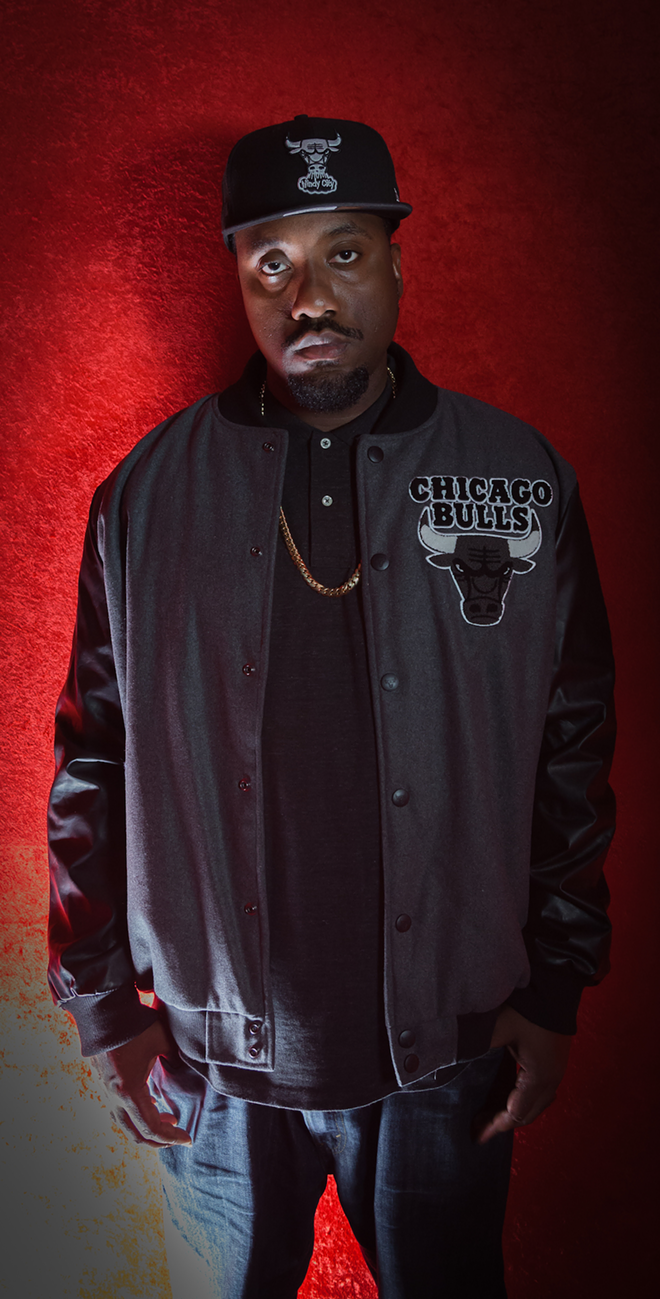 Rahim Samad’s name—literally in pink and larger than most the others on the flyer—is one of the biggest, most stand out artists on the poster for the Heights Unites Music & Arts Festival. You might have forgotten about the rapper and renowned lyricist over the past year, as he’s been shacked up writing and recording, but Samad is back with new material and ready to take the stage for the first time in over a year at the community-driven music festival.

Although Samad isn't a Tampa native (he reps Long Island and The Bronx), he considers himself a longtime Tampa Bay musician still on the way to reaching his fullest potential.

“Back in the day around 2005, I considered myself underground, but it seems like each year I work with bigger and bigger artists,” Samad, who consistently drops an album every two years, tells CL. “It’s just been growing and growing since.”

While he’s been staying quiet in the Tampa scene, his music has spread on a national platform. “Renew History,” a single he dropped with California-based rapper Planet Asia was played on the nationally-syndicated radio show “Sway in the Morning,” which is a giant leap forward in Samad’s eyes. After playing show after show and being in the Tampa hip-hop scene for over 15 years, Samad doesn’t get nervous before performing anymore. But as he’s set to take the Height’s Unites stage, the natural pressure of a big audience at an important community event pushes him to put on a good show.

This weekend, Brew Bus Brewing’s property will be transformed into a hyper-local music festival, featuring popular Tampa-based bands like Spam Allstars, Woolly Bushmen, The Hummingbirds and Kristopher James and more all performing on two stages alongside Samad. Other heavy hitters on this year’s fest are South Florida garage-rockstars Jacuzzi Boys and Orlando-based songwriter Tanner Jones, who used to front the popular emo band You Blew It!

Heights Unites is not your typical for-profit music festival—it’s designed by Tampa, for Tampa. During the event, the South Seminole Heights Civic Association and Brew Bus Brewing, the festival's two main sponsors, will raise money for neighborhood improvement projects in Seminole Heights, as well as work towards fully funding a $25,000 scholarship for a local Hillsborough High School graduate headed to the University of South Florida. This communal sentiment in particular is one that Samad believes all of Tampa should push more of.

“It’s really important for the people to step up and put on events for causes that they think are crucial to their community,” Samad says. “If we don't do it, then who will?”

Samad then recalls earlier years at a venue that he attributes to his come up as a local musician—New World Brewery. The venue and restaurant that has since closed its location in Ybor (and recently reopened with a brand new facility in Sulphur Springs.)

“They used to have the “Hip-Hop Against Hunger” event where the rap community would perform and people would bring items for homeless people. It was a really important event,” he remembers. For Samad, community and organizing should go hand in hand with being a local musician.

CL asked Samad how he felt about being one of the only rappers at this year’s Heights Unites festival (rapper BC, from Red Tide, is also an old-school Tampa favorite), and if he felt like he had to represent Tampa hip-hop on that stage; he immediately responded, “That’s a good question, but I don't think of it like that.”

“I just want to represent great music,” Samad says. “Your goal as an artist is to make good art. I don’t worry about labels. You shouldn't get into music to ascribe to a label.”

Samad regards himself as less of a rapper, and more of a craftsman, and our conversation quickly veered to the cultural progression of modern hip-hop and its transformation into today’s pop music. We landed at the question: What exactly does it mean to be a rapper now?

“A lot of people don't make music to make good music. They make music to be famous,” Samad says casually. Some might interpret Samad’s comments as old-school, but he speaks with years of experience in the rap community, and ultimately puts his actions where his mouth is.

Samad’s lyrical style, and his music’s gritty soul and clear rhythm, reminds you of late ‘90s rap.There are no traces of modern trap beats or the mumbles that we hear from every popular, dime a dozen rapper.

With steady growth in the Tampa hip-hop scene as well as his appearances on the national radio circuit, Samad is consistently proving that hip-hop with a purpose can still survive in a modern market marked by mindless streaming and instant stardom.

After his performance at Heights Unites, Samad plans to drop an album this year (as he does every two years), and then organize an east coast tour where he will most likely bring his lo-fi tempo and nostalgic melodies back to the Big Apple.

After that, Samad will make his way back to Tampa, and start his cycle of writing, recording, and creating new material all over again.