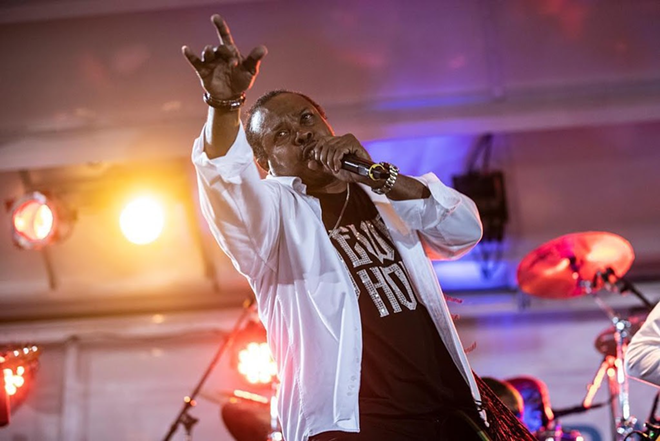 Old-school reggae fans like to criticize the glut of reggae-rock outfits that have come out of the woodwork in the years since the genre went mainstream.

Well, Tampa Bay is going to get a chance to have both sides of the spectrum (and then water it all down with rum) on August 31 when Jamaica’s Inner Circle — which formed in the early 70s, broke up and then reformed in the mid-’80s — and Santa Cruz reggae-rock outfit The Expendables play the Summer of Rum Festival at Julian B. Lane Riverfront Park in downtown Tampa.

Tickets for the Labor Day weekend event (which features 40 different varieties of rum) are on sale now and will cost alcoholics $15-$85.

Inner Circle is best known for its 1987 hit “Bad Boys” (aka the theme from COPS), but it’d do you good to listen to "Sweat (A La La La La Long)" as well. The Expendables are touring behind their 2017 EP, In This Moment.

Summer of Rum organizers say that a headlining band is yet to be announced. More information is available via summerofrumfest.com.