The block(chain) is hot: an Instagram interview with DJ Ravidrums

The Chamberlain grad is back in town for Synapse Innovation summit. 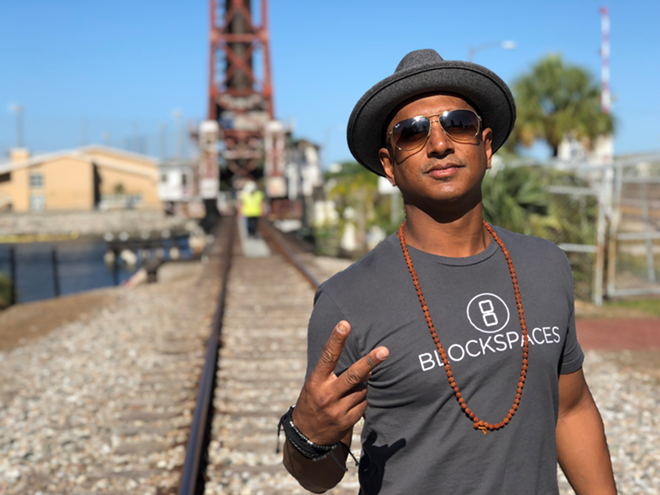 Ray Roa
DJ Ravidrums, who speaks and then performs at the Synapse Innovation Summit at Amalie Arena in Tampa, Florida on March 28, 2018.

Creating revenue in the music world doesn't work near the same as it did at the turn of the century, and Ravi Jakhotia should know that better than anyone.

The Chamberlain High School grad hasn't lived in the area since the late 90s, but his resume includes stints with prog-metal group Crimson Glory (Jakhotia, 49, played with the group on its 1991 Atlantic Records album Strange & Beautiful). He's played with Last Goodnight, provided music for television and even enjoyed a Vegas residency care of one Mariah Carey who included Jakhotia (now performing as DJ Ravidrums) as an integral part of the show.

Jakhotia — who we last saw in town as part of the 2014 IIFA awards rave in downtown Tampa — is back in Tampa for today's Synapse Innovation Summit where he'll talk about how musicians and fans can better use blockchain (a digital ledger in which transactions made in bitcoin or another cryptocurrency are recorded chronologically and publicly) to better facilitate and support meaningful art.

We spoke to Jakhotia on the Tampa Riverwalk where he discussed technology, his kids' Indian-American experience (Jakhotia is a first-generation Indian-American whose father arrived in America with $8 in his pocket), being tapped to do the Mariah gig and more.

Watch the interview on Creative Loafing Tampa's Instagram story and then look for highlights here tomorrow.