The New Orleans Police Department was not happy with him. 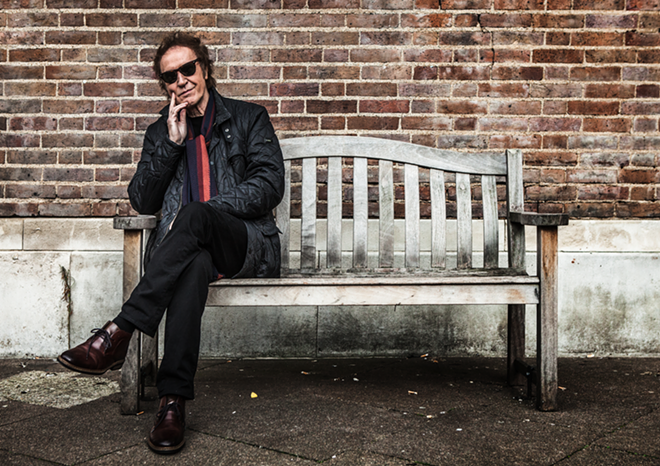 Alex Lake
The Kinks' Ray Davies, who was shot in New Orleans on January 4, 2004.

Today in rock history: On this date in 2004, Ray Davies, lead singer and chief songwriter of legendary British rock band The Kinks, was shot in the leg while attempting to run after thieves. Folklore says that Davies and a female companion were walking through the streets of New Orleans when a young man emerged from a car and demanded that Davies’ friend turn her purse over. She did, and then Davies chased the man and an accomplice hoping to recover the stolen handbag. One of the men shot Davies in the leg. He got treatment at a local hospital and was soon released without any serious, life-threatening injuries. While Davies was trying to defend his friend’s honor and recover her purse, local police condemned the decision to chase armed thieves stating that Davies' actions showed “poor judgement.”


Today in rock history: On this date in 1942, revolutionary and groundbreaking guitarist John McLaughlin was born in South Yorkshire, England. A veteran player and a highly revered and respected musician, McLaughlin has played with an impressive cast of musicians including Miles Davis, Stanley Clarke, Billy Cobham and various other virtuosos. His and Carlos Santana’s 1973 album Love Devotion Surrender went gold and is still considered one of McLaughlin’s milestone works. McLaughlin has experimented with jazz, fusion, world music, progressive rock, psychedelia and many other genres during his career, and many fans — including fellow guitar wizards Jeff Beck and Pat Metheny — consider him one of the best living electric guitarists. He turns 77 years old today.


Today in rock history: On this date in 1972, British progressive rock band Yes released its breakthrough single and first bona fide hit, “Roundabout.” The complex, eight-minute opus from the band’s sparkling fourth album Fragile was trimmed to just under four minutes for its single release. The catchy, melodic song with its thumping bassline courtesy of musical powerhouse, the late Chris Squire and slinky Rick Wakeman keyboard parts fared well in several countries and proved that prog rock could be a marketable genre. Lead singer Jon Anderson’s high pitched, soaring vocals are in magnificent form throughout this innovative, time-signature-jumping song. In the U.S. — where Yes had yet to score a true hit single — “Roundabout” almost cracked the Top 10 on Billboard’s pop singles chart, a feat that wouldn’t be topped until the band’s 1983 crossover hit “Owner of a Lonely Heart” sailed into the No. 1 spot and introduced the band to a whole new audience. “Roundabout” has been performed at almost every single live Yes performance since its release.


Today in rock history: On this date in 1956, singer-songwriter, guitarist and record producer Bernard Sumner was born in Salford, England. A founding member of trailblazing post-punk outfit Joy Division and the band that would rise from its ashes, New Order, Sumner has been a part of some of the most influential records to ever emerge from Great Britain. Although Joy Division’s lead vocal duties were handled by the late Ian Curtis, Sumner took over the role of singer when New Order debuted in late 1980 (following Curtis’s death earlier that year). With New Order, Sumner amassed an impressive canon of influential dance and electronic songs that have regularly been cited as some of the most innovative and clever recordings to emerge throughout the 1980s and beyond. With alternative club dance hits like “Bizarre Love Triangle,” “True Faith” and “Blue Monday,” Sumner’s voice remains one of the most recognizable and familiar voices in the history of alternative music. Sumner also fronted Electronic, a project he spearheaded with guitar god Johnny Marr; that band scored hits like “Getting Away With It,” “Get the Message” and “Feel Every Beat.” Bernard Sumner turns 63 years old today.