The Mavericks bring new all-Spanish album to Clearwater on Friday

The Grammy-winning rock group is at Ruth Eckerd Hall. 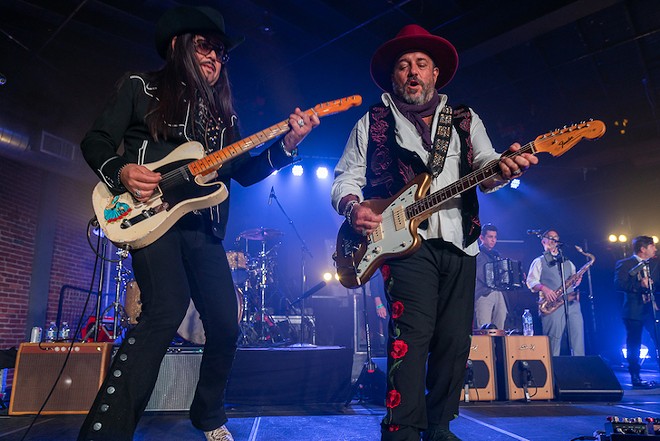 Tracy May
The Mavericks
Known for the hit "Dance the Night Away," the Miami-born band has been rocking the Latin-country genre since acid-washed jeans were popular the first time around. Though there was a several-year break up, the Grammy award-winning band has recorded 12 studio albums including 2020's En Español, its first Spanish-only album.
The first track, "La Sitiera," sounds handmade for a Quentin Tarantino opening scene. Only fully vaxxed people have the option of not wearing a mask, but if you're smart enough to be vaccinated you're probably smart enough to rock a mask.

DJ Ekin is the Tampa Bay Bucs’ official DJ, and he wants to help kids understand the entertainment business

After 20 years in Ybor City, Tampa's iconic venue The Orpheum is moving out