The return of Record Store Day to Tampa Bay

The third annual celebration of indie record stores is held this Saturday, April 17, and several local indies are pulling out all the stops to get you into their shops.

Phil Bardi
The calm before the storm at Daddy Kool, one of several local indie music stores that takes part in Record Store Day on Saturday.

Last week during of Montreal's concert at The Ritz, bassist Davey Pierce shared the sad news that the Vinyl Fever in his hometown of Tallahassee had closed its doors for good. "You guys are lucky to still have a Vinyl Fever here in Tampa," he told us, and encouraged us to support our own location by paying it a visit on Record Store Day.

Founded by several members of the Music Monitor Network — a coalition of independent music retailers — Record Store Day is an international campaign conceived as a way to honor and draw attention to the 700 independently-owned music stores across the country as well as hundreds of comparable stores around the world.

Even though increasingly more music consumers are abandoning stores and tangible goods in favor of the internet and digital downloads, there's been a surprising increase in vinyl sales over the past few years (up 33 percent in 2009) and according to a recent Nielson Soundscan report, two out of every three vinyl albums were purchased at independent music stores.

The vinyl revival, the used media trade, personalized service by employees who know their music inside and out, stock catered to more discriminating tastes, a selection of unique music and non-music goods, from T-shirts, collectable tchotchkes and random accessories, to posters, DVDs and books — all of these factors have helped indie record stores stay afloat in the dark economic times. But the livelihood of indies can only be sustained with support from their local communities.

Thus, the importance of Record Store Day, that one day of the year indie record stores across the country and beyond band together with the artists responsible for filling their shelves in a mutually beneficial endeavor that lures warm bodies into stores and moves units while celebrating the art of music and the distinctive culture and atmosphere of the indies.

Each store involved carries RSD-exclusive vinyl and CD releases, and many of them also offer special promotions and giveaways, in addition to hosting guest appearances and live entertainment. Record Store Day 2010 takes place this Saturday, April 17. The following breakdown spotlights four Bay area stores that are taking part and looks at their respective schedule of festivities.

Downtown St. Pete's beloved indie music shop — which has moved down a block to a brighter, roomier space on Central Avenue — offers a wide range of RSD releases and hosts a storewide sale of its expanded inventory on the day of the event. The Tampa Bay Dream Team spins in front of the store from noon to 5 p.m. and a full bill of live local music is held in conjunction a few doors down at Fubar (658 Central Ave.) from noon to midnight.

The college-friendly store located around the corner from the USF-Tampa campus carries its own load of RSD stock and hosts a day's worth of performances by some of the area's hottest indie acts. The schedule of performers features the Love Cunningham Band (indie pop/rock at noon), Sons Of Hippies (aggressive, cerebral electro alt rock at 2 p.m.), Chris Rowland (acoustic rock at 3:30 p.m.), Double Dutch (it's a mystery at 4:30 p.m.), Young Egypt (out-there experimental at 5:20 p.m.), Totally Nebular (straightforward noise pop at 7:10 p.m.), Blind Man's Colour (electro-psychedelic surreal pop noise at 8:30 p.m.), Hear Hums (experimental ambient dreamscapes at 9:50 p.m.), and Diamond Man (jungle and surf-inspired electronica from 11 p.m. to close). 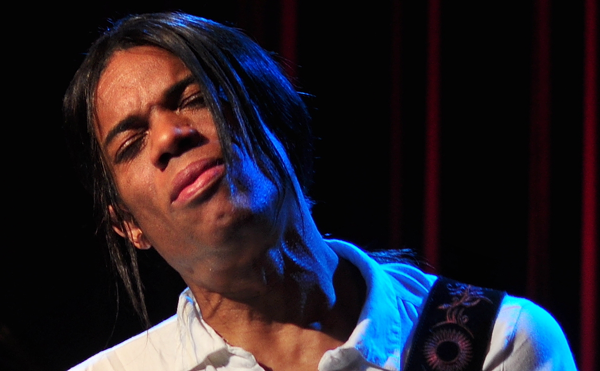