This sexual misconduct story about Boyd Tinsley is nuts

The fiddler has officially been fired from Dave Matthews Band. 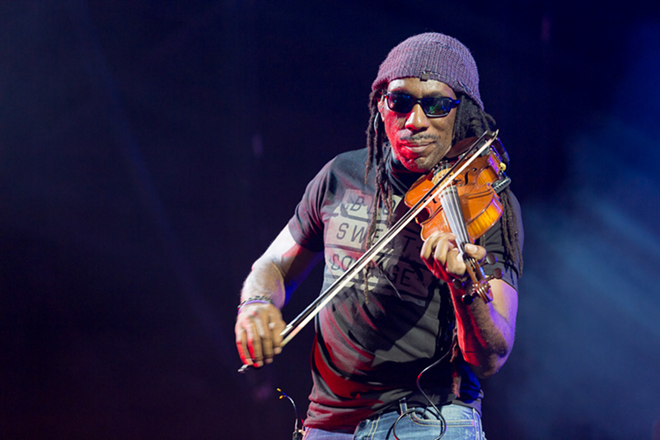 In February, longtime Dave Matthews Band fiddler Boyd Tinsley — who joined the outfit full-time in in 1992 — announced that he would be taking a hiatus from the group.

“I need to take a break from the band & touring 2 focus on my family & my health 4 a while," Tinsley, 54, wrote on Twitter. "I will miss you guys & my brothers in the band but I’m somewhat worn out & need 2 spend more time with my family & 2 bring more balance to my life. Thanks 4 ur Love.”

Today, Dave Matthews Band officially fired Tinsley after James Frost-Winn — a Seattle-based trumpet player who worked for Tinsley as a member of the band Crystal Garden — accused Tinsley of making unwanted sexual advances and comments throughout the decade that the two knew each other (via CoS).

Dave Matthews band said it was “shocked by these disturbing allegations and we were not previously aware of them.”

Dave Matthews last played Tampa in 2016 and is set to make its return to the are on July 25. Crystal Garden played Ybor City last summer.

The Tinsley allegations seem like a legal minefield, so you can just read the story here.