Jon Ditty revives his RATM tribute for one night only on Sunday in St. Pete. 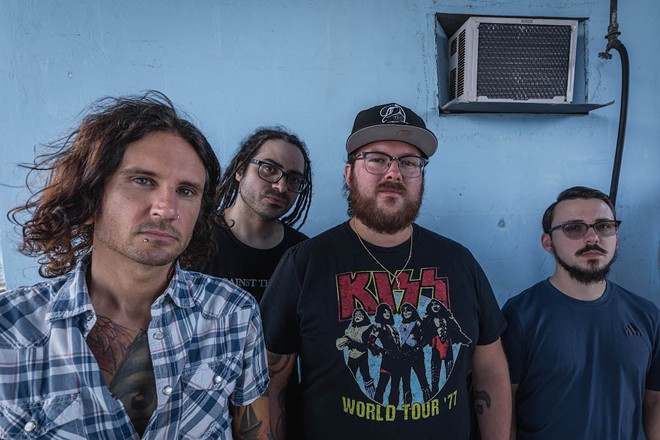 Photo by Silent J Studio
Jon Ditty reignites a Rage Against The Machine tribute supergroup he pieced together in 2019
Earlier this year, Dunedin emcee Jon Ditty marked a decade of Off The Dome freestyle open mic nights.

Now for one night only on Sunday, Sept. 4 at Floridian Social Club in St. Petersburg, he reignites a Rage Against The Machine tribute supergroup he pieced together in 2019. Anthill Cinema’s Justino Lee Walker and Vinny Svoboda, and Mixed Signal drummer Dru Underwood will convene for this one.

DEA & Saint, along with Tysonious Mink, open a show meant to give a finger to the Supreme Court.

Oh, and all profits go directly to the Tampa Bay Abortion Fund.