Joey Ramone gets a corner, and Glen Campbell's 'Wichita Lineman' causes a storm. 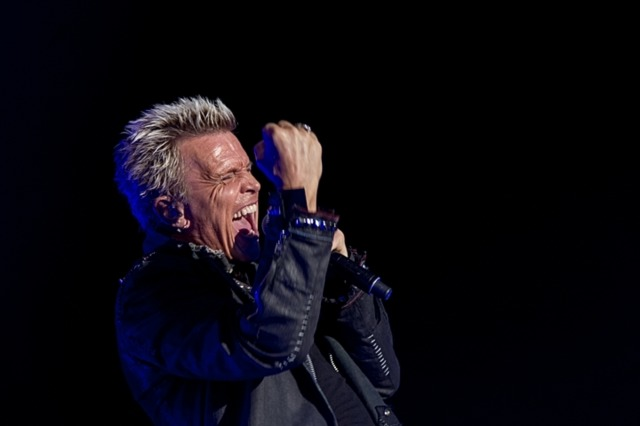 Today in rock history: on this date in 1955, William Michael Albert Broad was born in Stanmore, Middlesex, England. It wouldn’t be long before the young rock and roll fan would get involved in the 1970’s British punk rock movement and change his name to Billy Idol. A founding member, songwriter and the lead singer of successful punk band Generation X, Idol would embark on a triumphant solo career that would make him a household name after Generation X’s demise. Still going strong and touring and recording regularly, Billy Idol celebrates his 62nd trip around the sun today.

Today in rock history on this date in 1979, English rock band Pink Floyd released its eleventh studio album, the landmark 2-LP set, The Wall. One of the most recognizable and beloved concept albums of all time, the record was an enormous success and brought the band unmatched worldwide acclaim and sales. The record topped the U.S. Billboard albums chart for an incredible 15weeks and has, since its release, sold more than 23 million copies in America alone making it one of the best-selling records of any genre of all time in the United States. The album features the singles “Another Brick In The Wall, Part 2,” “Run Like Hell” and “Comfortably Numb” but is chock-full of memorable Floyd classics. The basis for a conceptual feature length film, “The Wall” is a milestone piece of work by one of the most important and significant rock bands of all time and is indeed a classic album.


Today In Rock History: on this date in 2003, one of the most synonymous figures from the New York City punk rock scene got a street corner named after him. Joey Ramone, lead singer of legendary band The Ramones passed away in 2001 but, two years after his death, was honored with his very own street sign near the neighborhood where he and his band made their initial mark. The corner of Bowery and 2nd Street was officially deemed “Joey Ramone Place” via a commemorative ceremony where the sign was unveiled. The sign has been stolen several times and has had to be replaced often; each time the sign is replaced, it’s mounted a little higher than where it had been placed before. Currently, the sign is displayed more than 20 feet above street level and boldly honors one of the most founders of New York City’s downtown punk rock movement.


Today in rock history: on this date in 1968, ace guitarist and singer, the late Glen Campbell, scored big  and hit No. 1 with his 12th album, Wichita Lineman. The title track, one of Campbell’s most recognizable singles, was written by prolific songwriter Jimmy Webb but Campbell made it all his own thanks to his smooth, emotive vocals and his superb guitar playing. The album was an unparalleled success; it not only rose to the top spot on Billboard’s pop charts for 5 weeks but it also topped the country music charts for five months and became the top selling country album of 1968. The record includes Glen’s take on songs made popular by artists like Otis Redding, The Bee Gees, Tim Hardin and Jacques Brel while adding his own flavor to each and every one of the selections. In true testament to the variety of artists and genres that sold in huge numbers near the end of the 1960s, Wichita Lineman took over the No. 1 spot on the pop charts from Jimi Hendrix’s Electric Ladyland and was later displaced from the top spot by the self-titled Beatles album more commonly referred to as “The White Album."

I was born on a Sunday Morning.I soon received The Gift of loving music.Through music, I Found A Reason for living.It was when I discovered rock and roll that I Was Beginning To See The Light.Because through music, I'm Set Free.It's always helped me keep my Head Held High.When I started dancing to that fine, fine...
Scroll to read more Music News articles