Bowie releases "Prettiest Star" and David Gilmour is born, too. 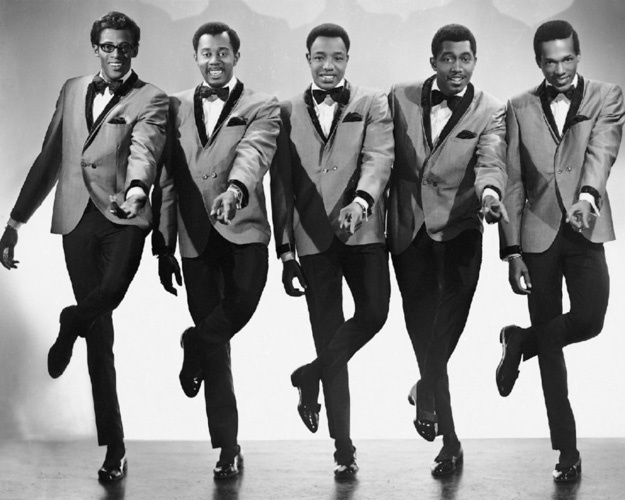 Today in rock history: on this date in 1965, popular singing group The Temptations reached the No. 1 spot on Billboard’s pop singles charts with its classic, “My Girl.” Undoubtedly one of the best-known and most recognizable songs from the vast Motown Records catalog, the song, written by renowned songwriter and fellow Motown recording artist Smokey Robinson, would make The Temptations the very first male act to score a No. 1 hit single after the all-female groups The Supremes and The Marvelettes had already accomplished that feat.


Today in rock history: on this date in 2000, British guitarist, singer and songwriter Eric Clapton became the first artist to be inducted into the Rock and Roll Hall of Fame three separate times. Clapton was first inducted to the prestigious hall in 1992 as a member of blues-rock band The Yardbirds and again in 1993 as a member of Cream, the blues-influenced trio he formed after leaving The Yardbirds. Although Clapton was only a member of The Yardbirds for a year and a half and remained with Cream for just under two years, he’s enjoyed a successful career as a solo artist since 1970 when his first proper solo album was released.

Today in rock history: on this date in 1970, as his follow-up to "Space Oddity" — the first single to bring him worldwide acclaim — budding glam rock star David Bowie released “The Prettiest Star” as his next single. Interestingly, the lead guitar on the track was played by Marc Bolan who was also on his way to becoming one of the leading glam rock idols in England while fronting his band, T. Rex. The single sold poorly and was considered a disappointing follow-up in the wake of “Space Oddity.” Bowie and Bolan would spend the next several years as friendly rivals who’s vie for the lion’s share of attention as the definitive glam rock star of the era.

Today in rock history: on this date in 1946, Pink Floyd singer, guitarist and songwriter David Gilmour was born in Cambridge, England. Joining the psychedelic band not long after its 1967 debut album Piper at the Gates of Dawn was released, Gilmour made his presence known within the band instantly with his lush, fluid guitar work and his distinctive vocal style. Contributing immensely to the band’s most successful albums like Dark Side of the Moon” and The Wall, Gilmour also engaged in a rich solo career that began with his stellar 1978 self-titled album. Gilmour participated in the production duties for the majority of Pink Floyd’s albums and also produced albums for British 1980’s folk/rock band The Dream Academy. Gilmour is also heralded as being the person who helped bring a young female singer/songwriter named Kate Bush to public attention when she was only a teen thanks to the assistance and guidance he offered her as her career was beginning.